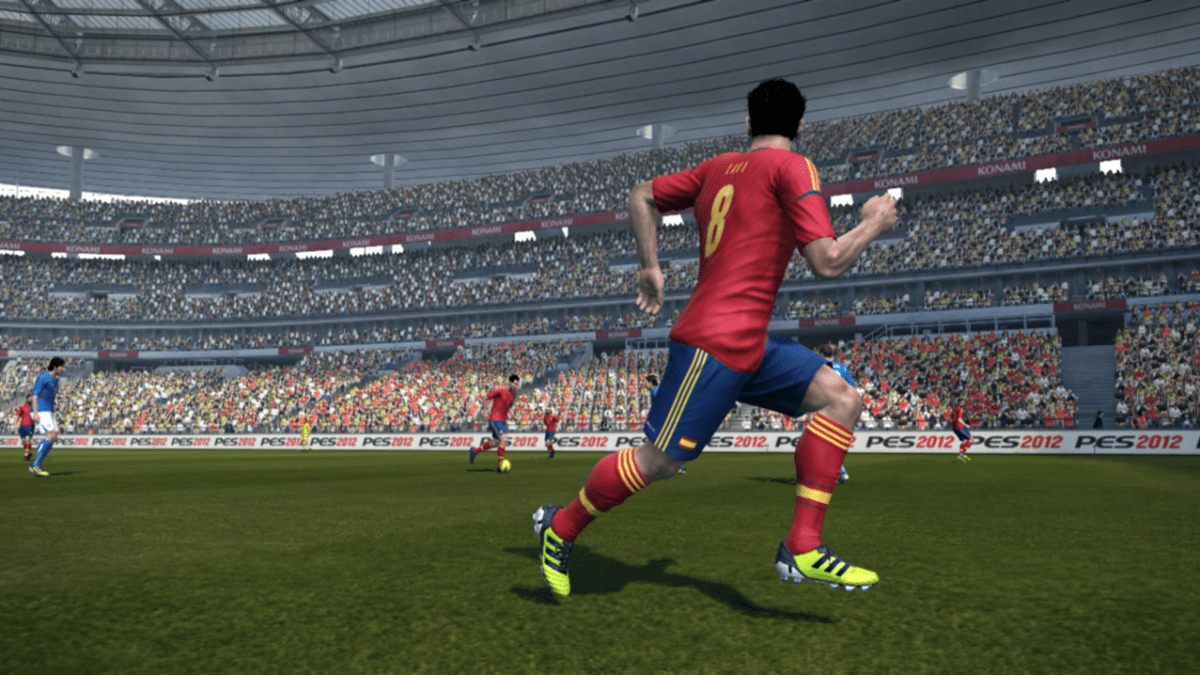 Spain is well-admired by fans for their beautiful attacking plays and passing moves. In this post, we shall explore how we can recreate these attacking moves in PES, using the feature ‘Teammate Controls’

Lets take a look at the two options

Manual teammate controls give you the freedom to control your teammates, and command him to make a run into open space. As you have full control, you are able to exploit space and bring about more unpredictability in your attacking play. You can also draw markers away by making decoy runs. Opponents will be confused and you will have more opportunities to score. The downside is that it is rather hard to execute, as you have to control both the ball carrier and the teammate at the same time. In tight situations, this may lead you to lose possession of the ball.

There is no hard and fast rule on which option is better. Ultimately it depends on your style of play in PES. If the pace of your game is fast, the Assisted option might be better as you can execute player runs and make passes quickly. If you prefer to play accurate passes and split the opponent’s defence, manual teammate controls will give you more satisfaction. Currently I prefer the manual option as I would like to attempt recreating the beautiful pass and move attacking plays seen in Euro 2012.

Check out this short video on the use of the two different teammate controls, as well as some of my goals using the manual teammate controls. Hope this post helps you in deciding the better option for your PES game!