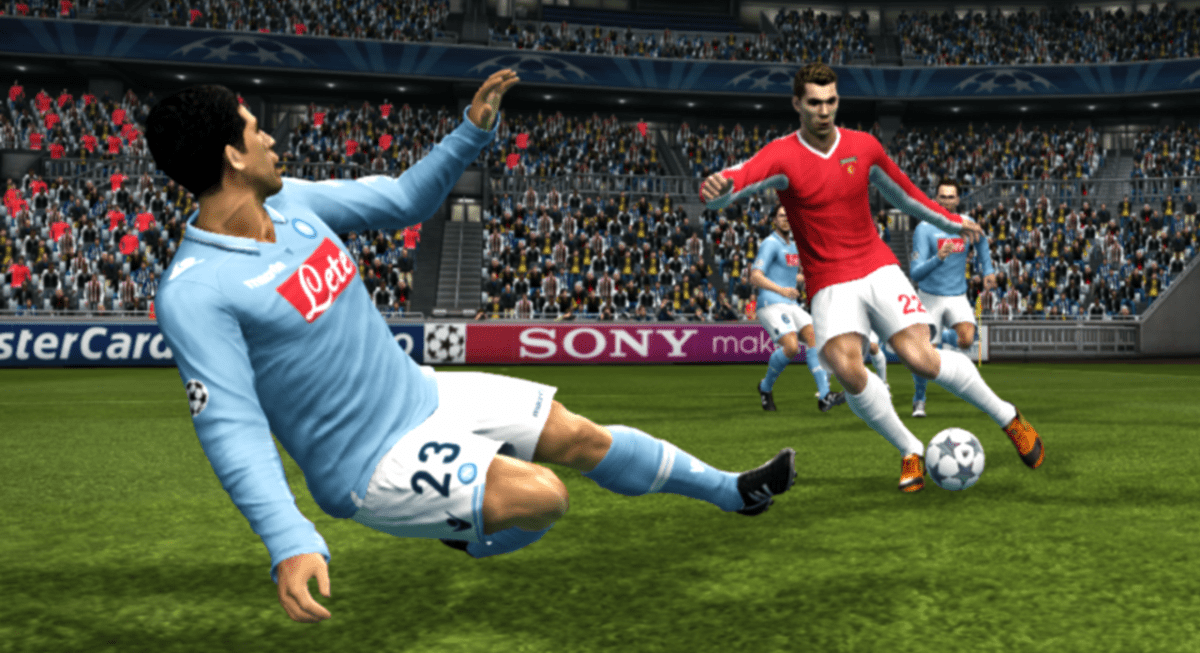 What is your favourite dribbling move in PES 2012? Marseille Roulette? Rainbow? For me, it is the fake shot. Why so? For two simple reasons.

How easy it is to execute? Simply press the pass button while charging up your shot/cross.

Fake a shot in front of a defender close to goal, and he goes to the ground, allowing you to dribble past him easily.

When to Use It

In a 1-on-1 with the goalkeeper, use the fake shot and bring the ball to the side. The goalkeeper will commit and falls to the ground, presenting you with an empty net to tap into. This is very useful when you are using a striker with average shooting attributes. A scoring chance is hard to come by, and the fake shot technique increases your chances of scoring.

In addition, the fake shot technique can also be used on the wing. Crosses are more accurate when you do not have a defender standing in front of you or near you. The fake shot technique commits him to the ground, leaving you time and space to cross an accurate ball into the box. This technique has not changed much over the years, and it is still effective in PES.

And here is a video on the use of fake shot in PES.

Add the fake shot to your list of tricks to dribble past your opponents.