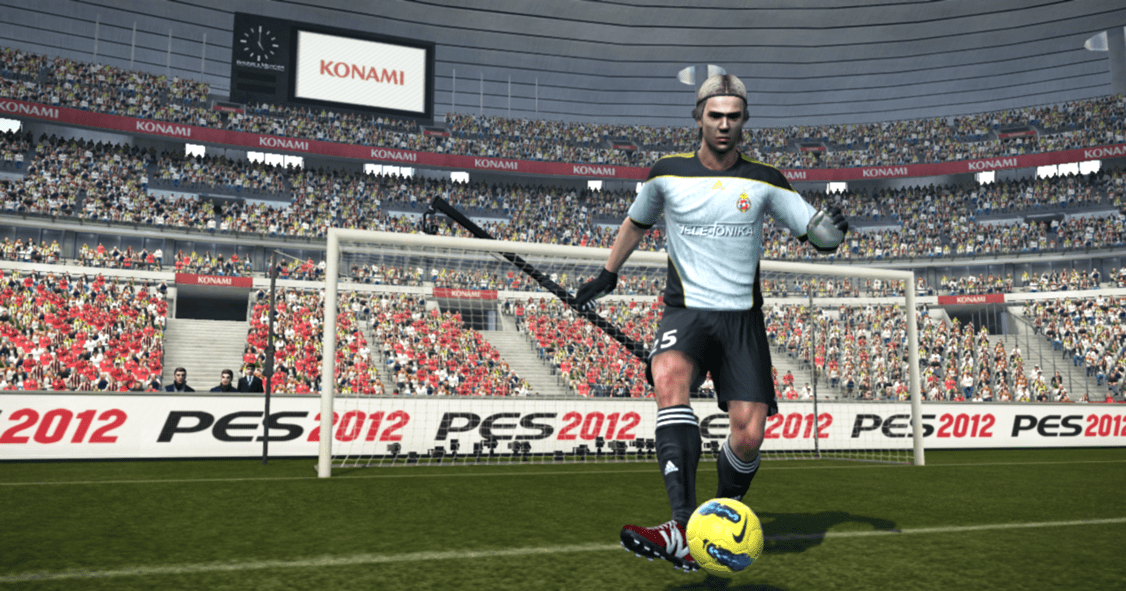 In this post, we will find out we can take advantage of a common mistake made by the AI in Pro Evolution Soccer 2012. This was uncovered after playing for many seasons in the Master League, and I believe you may have noticed this both in your master league and exhibition matches as well.

Playing Back Pass Under Pressure

I found that when the AI’s defense is under pressure, the defenders will try to play it safe, and make back passes to the goal keeper. The goal keeper will usually clear the ball upfield straightaway with a long punt. However, the goal keeper also may choose to play a short, ground pass to his closest defender. Once we have identified this pattern, it is a good opportunity for us to sneak it, intercept the pass, and slot it pass the keeper into the unguarded net for an easy goal.

So how does this work?

Pattern of Back Pass

The goal keeper will make a short pass in the other direction of where the pass came from. For example, if the back pass is made by a defender on the goal keeper’s right (e.g from the RCB), the goal keeper will tend to pass it to his left (e.g to the LCB), and vice versa. Recognising this pattern, we can easily control our striker to intercept such passes whenever you spot a back pass.

The following video will show how this is done in a clearer manner.

And that will be all for this short post.