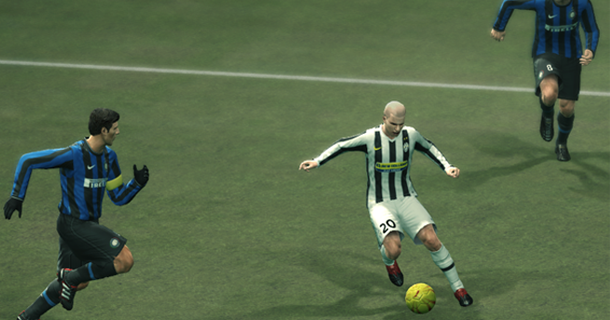 In this post, I will like to introduce a player for you to consider signing in Master League, Giovinco from Juventus!

Currently my Master League team in Juventus. Giovinco has been one of the stars in my team, and I will like to recommend him to fellow players who might be looking for a AMF in PES.

Giovinco is 22 years old and starts off with a rating of 79. After 3 seasons, his rating grew to 84 in my team. He is a small and fast player, a fantastic dribbler who possess 4 dribbling skill cards. He is an excellent passer of the ball as well.

His best position is in AMF. I recommend for players to dribble with him towards goal and make a killer pass to your strikers. Giovinco has the in game intelligence to make runs into space too and is able to score decent goals, although his accuracy can be improved.

One thing to note is his physicality. He will lose the majority of his headers. Defenders will outmuscle him easily, so we will have to use his speed and trickery to go round the defenders.

Let me know what you think of him!