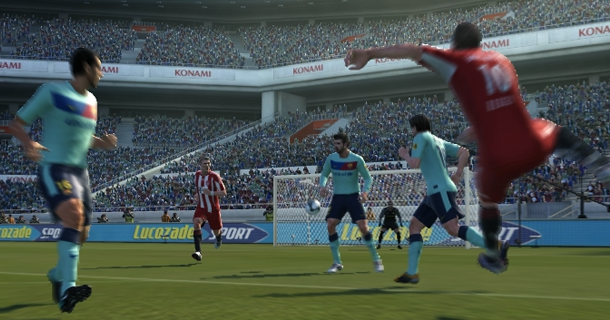 In this case, I choose myLB, Lell, to man-mark SS Messi. I will also mark Ibrahimovic with a CB.

In the demo version, majority of my goals are from through passes.

In addition, I would like to share with you one of my favourate ways to score; curling into the far post. With a left-legger on the right flank, cut in into the edge of the box and let fly a shot towards the far post. I assure you the end result will be satisfying.