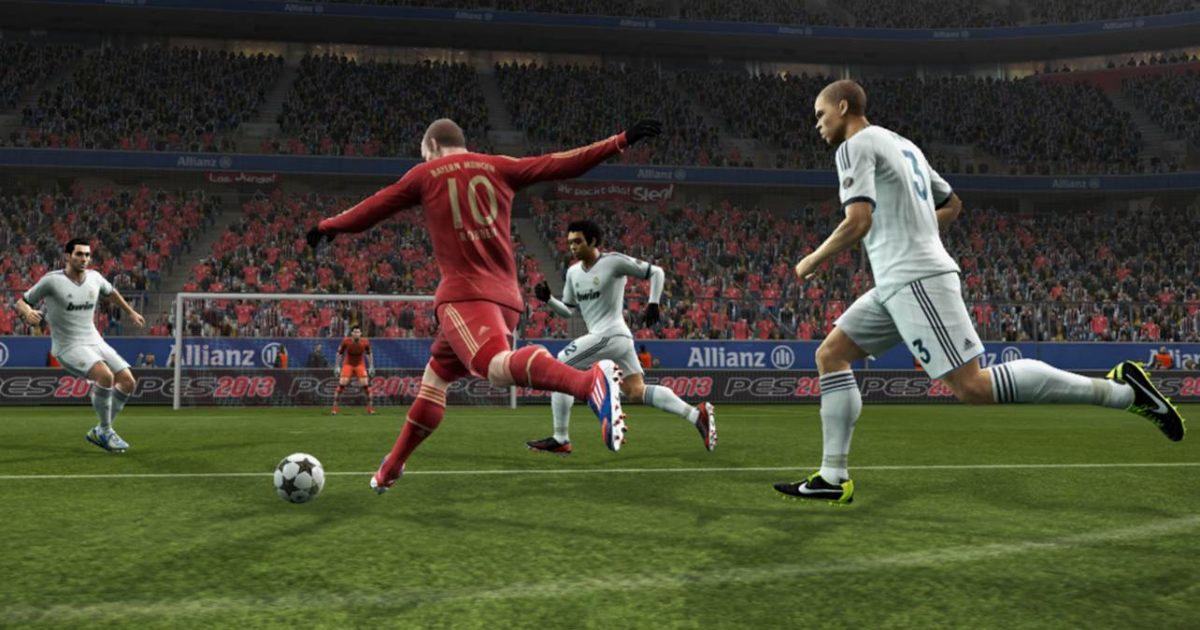 1. Play Left Footer on the Right Flank, and Vice Versa

Using this strategy allows the player to aim for the far post with his stronger foot. For example, Bayern Munich fields right footed Ribery on the left flank, and left footed Robben on the right flank. This is very effective as they can easily cut in on the defender’s weaker foot, run towards goal, and aim a shot at the far post with their stronger foot. It is harder for a goal keeper to make a save by diving to the far post, and coupled with the fact that the shot is taken with the stronger foot, it will be packed with more power and travel faster.

Other than wingers, we can use this strategy for strikers as well. If we are using a formation with two strikers, play the left footed striker on the right side, and vice versa. When the striker receives the ball just outside the box, they can turn easily and shoot towards the far post with their stronger foot. If we are playing with just one striker and he happens to be a right footed player, position him more towards the left side of the pitch to use this strategy. I have scored several goals by implementing this trick and you can try it too.

2. Controlled Shot Near Edge of Box

This is definitely one of the most effective ways to split the defence in Pro Evolution Soccer. Most online players use it, and it is a technique we have to master in order to compete with them. Chipped through passes can be made almost anywhere on the pitch, even in our own half. I usually play such passes when I am near the halfway line.

To use this technique, push the right analog stick towards the direction of the teammate we wish to trigger a forward run, and press the analog stick down. Once the teammate (usually a striker) makes a run forward, send a chipped through pass into space for him to chase. Chipped through pass is executed by holding L1 and pressing the through pass button. Usually, online players will have a fast striker, which allows them to speed away from the defensive line easily.

This is a great attacking technique no doubt, but I would say most online players are irritated by it. Thus, I would suggest that the use of this is limited if you wish to play a ‘fair’ game. It should only be executed when you spot your opponent abusing this technique.

4. Low Cross from Edge of Box.

Low crosses into the box is a good way to surprise the defence and get a goal. It is especially useful when we spot a teammate running into the box. A variation can be made to the traditional low cross, by running towards the corner flag, before turning back and cutting in till our player arrives at the edge of the box. Here, hold L1 and press the cross button three times. The player will send a fast moving low cross into the box, for any teammate in the box to attempt a first time shot on goal. This is a useful attacking technique if we find that our striker is not good with headers, or if the opponent possess tall center backs.

5. Cross Over Turn in the Box

Cross over turn is also known as the Ronaldo Chop in Pro Evolution Soccer. To execute this dribbling trick, push the Right Analog Stick Down, followed by Left Analog Stick Down. We can also push both sticks Up should we wish to turn in the other direction. This technique is useful as we are dribbling into the box, but find that it is hard for us to shoot with the player’s stronger leg. For example, a right footed player dribbles towards goal, but finds himself on the left side. By pressing shoot, he may shoot with his weaker left leg, which will often be weak and inaccurate. Doing a cross over turn not only evades the defenders who are following him, it also puts him in a good position to shoot with his stronger foot towards the far post. Pulling off such a move is really satisfying and will lead to a beautiful goal.

And these are the top 5 Pro Evolution Soccer attacking tips. I have made a video tutorial showcasing these tips with examples provided, and you can watch it below.

Share your top Pro Evolution Soccer attacking tips in the comments section too!