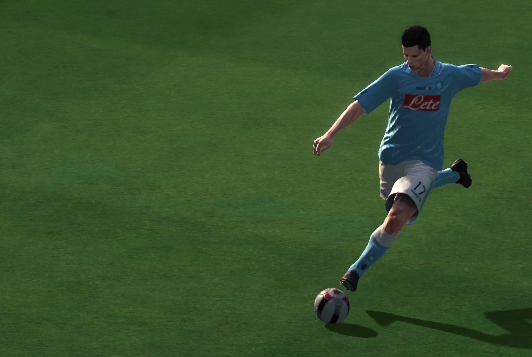 PES 2009 is filled with young players with huge potential. You are able to find tons of them easily in Master League. Here are 3 of my best recommendations.

Hamsik is Slovakian and plays for Napoli.

Recently, he had been voted the 2nd best Slovakian player, behind Martin Skrtel of Liverpool. Plays in DM,CM,AM. I Play him in an attacking CM position, close to AM.

He plays well with both feet, with Weaker foot frequency and accuracy of 7!

He dribbles fast, pass well, has great control, and is effective in long range shots although that is not stated in his special ability.

In addition, at 183cm, he is able to tackle effective, and is strong enough not to be out-muscled by defenders.

Vela is Mexican and plays for Arsenal.

He is a left footer, so I play him as the striker on the right side, allowing him to cut in to score with his left foot.

He is a speedy and agile player who can turn quickly, allowing him to zip past defenders quickly. His stats is not that impressive, yet when he is on the field, he is able to score plenty of goals, when you put him in that position.

Caceres is a defender playing for Barcelona. His stats will grow to mirror that of William Gallas. He has been doing a great job in defence, strong enough to handle strikers. He would get even better as time pass.

These are my 3 top recommendations. What about you?