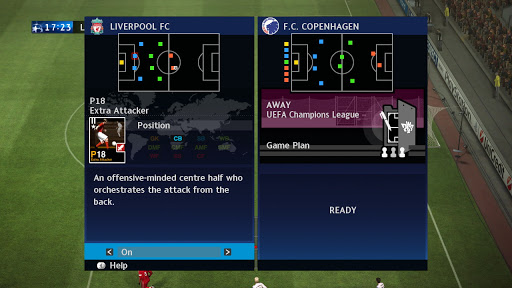 I am sure you had experienced cases in PES 2010 when you had been winning consecutive matches, and suddenly, there was a drop in form. You could not conjure out attacking moves, your defense was leaking in goals, and you simply could not win!

When this occurs, it could be time for you to alter your tactics, as PES 2010 AI are able to crack your style of play.

When you are losing in a match, changing your tactics in mid-game helps very much!

Switching from a 4-4-2 to a more attacking 4-3-3 would surprise your opponent, and the extra attacker would put pressure on the defence.
I once experimented with 4 strikers with Tottenham and I outran the opponent in the final few minutes of the game.

Bringing on a Sub

Bringing in a quality player also helps as you can’t help but notice the game suddenly feels smoother, and there is an “aura” from the star player.

You might also realise that in some games, you are rampantly attacking, while in others, you are constantly under siege! I believe there is a flow / momentum in PES 2010. Thus, when you find that you are being bombarded by your opponent, I suggest you should attempt a long shot, if building up an attack is challenging. Even if you miss the target, the game would be restarted by the opponent’s goalkeeper, and you can pounce on any mistake they make. Slowly, try to get the momentum back to your side with more attacks and shots.

There are also cases when you are slowly building up from the back, and suddenly when you lose the ball, your opponent is able to counter-attack quickly, and this scenario just keeps going on. This is because your style of play has become predictable. Simply pump the ball upfield. In this way, your opponent would need to build up an attack, and now it would be your turn to win the ball and launch a counter-attack. The tide is turned!

In team management, take note of the arrow beside your player. The red up arrow signifies your player is in the form of his life! Play such players and you find their every touch exquisite, and much more easier to dribble past players and score.

In team strategy, the two that I find useful are Counter-Attack, and Switch Sides.

As the name suggests, Counter-Attack allows you to turn defence to attack in a flash.

Switch Sides is useful when your left-mid is a left footer and right-mid is a right footer. When you switch side, your right footer to goes to the left midfield position, and it would be easier for him to cut in and aim for goal with his favoured foot.

It is tough when the AI has cracked your style of play. With these simple tips, you can easily get back to winning ways.