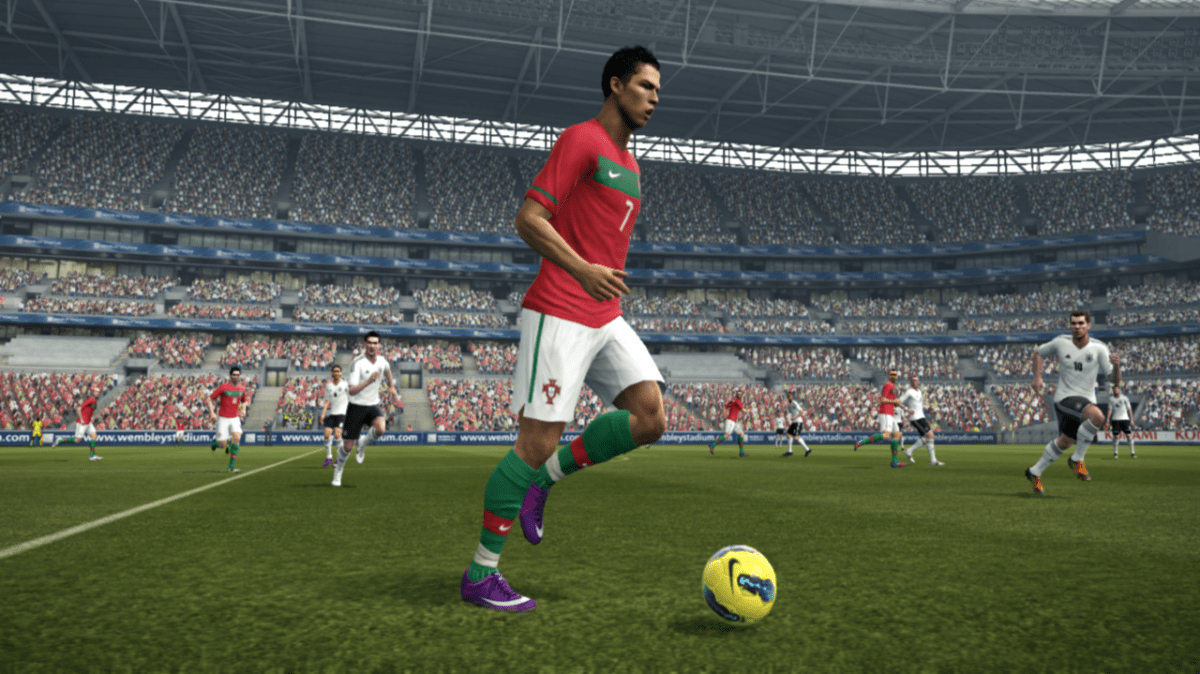 As I am writing this post, Denmark is playing Portugal in Euro 2012 matchday 2. It is in the 7th minute, with the score still tied at 0-0. Cristiano Ronaldo is playing on the left flank. He played there in the last match against Germany.

One football website suggested that he should play as a false number 9, in a style similar to that used by Barcelona and Spain. Perhaps this position could bring out the best in him and allow him to bring Portugal to victory. Well I am not sure the effectiveness of this, given the fact that he plays on the left flank for Real Madrid too. I decided to give this suggestion a try, in PES 2012 of course!

I fielded him as an SS in the centre, since that is the best False Number 9 position in PES 2012. Supporting him are Nani and Varela. I try to keep the lineup similar to that during the first match against Germany.

The match went rather well for me, with Portugal winning 2-0. Ronaldo scored 2 goals down the middle through 2 counter-attacks. It seems that his strengths suit his new position more than a left winger. I must say that SS is not really a false number 9 as he does not drift around as much. Nonetheless, perhaps this tactic might give Portugal and Ronaldo an edge of its competitors.

Here is a video of the tactics, and the goals scored during the match.

What do you think of this?