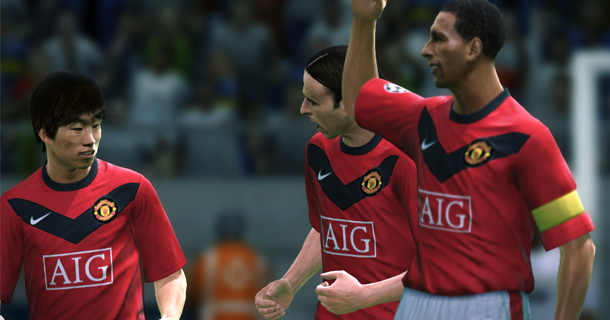 Ever been a victim of last min goals? Or the scorer of one?

Not sure if you have noticed it, but I find something unique in PES 2010 that is different from previous version. When you are a goal down and time is ticking down, you will, at times, receive a major boost in going forward. That is provided you have been attacking non-stop in the 2nd half. With momentum already on your side, you will feel that in the last few minutes, your players will have better touches, and your opponents will tend to be more mistake-prone.

On a few occasions, I have realised this as I tolled hard in the game, and score a last minute equalizer with several attacks in the last 10 minutes. And on other occasions, I find my players making bad passes and allow my opponents to score an equalizer in the final moments. Perhaps this is due to the pressure that clouds my brain and cause me to make errors. It could be. Last minute goals are usually equalizer. Seldom do I encounter last minute winners.

Keep Calm and Play On

Thus, when you find yourself a goal down and things are not going your way, do not panic. Maintain the way you are playing, avoid conceding another goal, and things will turn around for you slowly. Keep up the pressure on your opponent and you will find yourself scoring a late equalizer, be it a late momentum boost, or just the pressure getting on your opponent. It doesnt really matters right? As long as you get what you want. And if you still have precious seconds left, the momentum might carry you to snatch a late winner.

Finally, when you are leading by a solitary goal going into the end of the match, better to keep possession well and try to keep the ball in the opponent’s half. Do not shield the ball at the corner flag as it makes you look like a noob. Make careful passes and keep the pressure on your opponent, to prevent them from mounting a late attack, and you will walk away with your hard-earned victory.