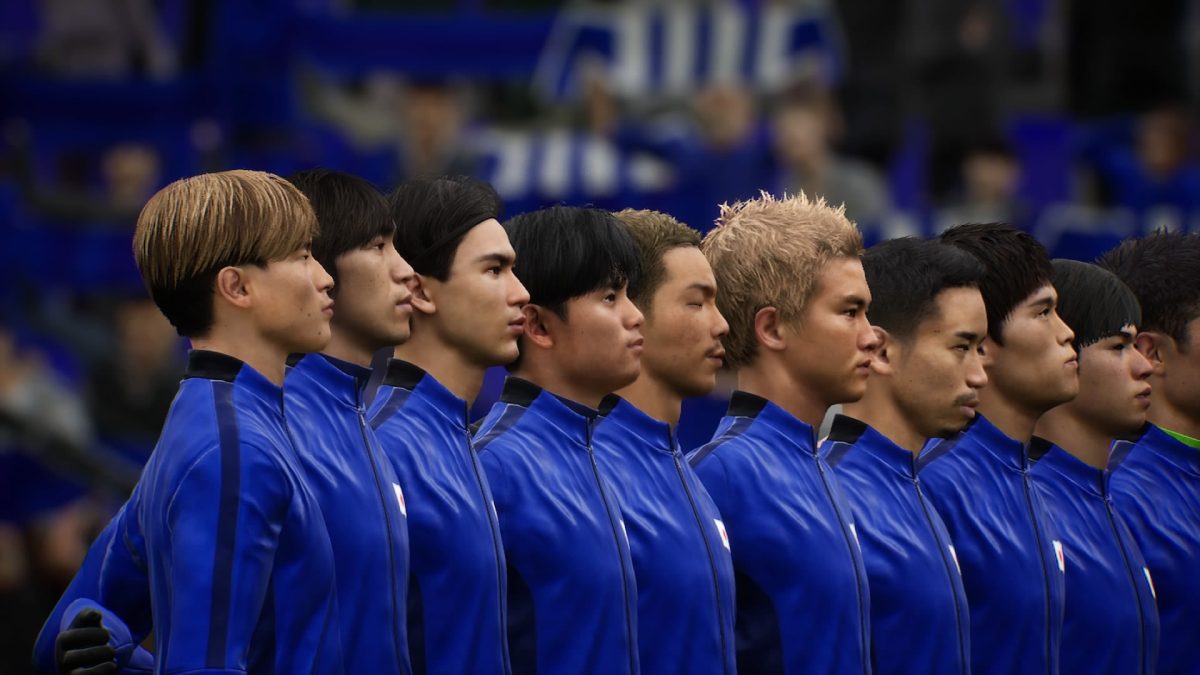 With the base strength U2100 International Event, I created a Japan team to compete online.

For those with sufficient coins, you could easily purchase the Japan team pack which has, almost, a ready made squad for you with players of boosted ratings.

I didn’t wish to spend coins on this team, thus I spent a fair bit of GP and trainers to create my squad.

Similar to my South Korea squad in my previous post, this Japan squad gave me great joy. The Japan team has licensed jerseys too so that improved the experience.

You will face white benchers in the U2100 event, but they generally don’t post much problems for me. Most of the teams I faced are genuine U2100 squads. Those matches provided the best eFootball experience.

I didn’t follow the authentic national call-up as I prefer to play with my favourite players. Here are my thoughts on some of them.

E. Kawashima (GK) – A reliable shot stopper for me. He is a veteran of the game and I didn’t see the need to include anyone other than him.

T. Tomiyasu (RB) – I like his defensive fullback play style. Most of my opponents in the unranked events are stronger than me. I prefer to play a more conservative game, and his style suits me fine.

K. Tachi (CB) – I used a nominating contract on him a few months back. He fits nicely into my backline.

Y. Nagatomo (LB) – His offensive fullback play style nicely complements my right back’s defensive approach. He has been in the game for a while, playing for Inter at one point, and it is great to have him in the squad.

J. Inamoto (DMF) – The steel of the midfield. He may not have high ratings like most other defensive midfielders, but his Destroyer play style and Player ID allows him to make tackles and intercept most passes. One of the best purchase for me.

S. Nakamura (AMF) – He is a legend and I just got to have him in my squad. Put Counter Attack on him to conserve his stamina.

T. Minamino (LWF) – A surprisingly good dribbler for my team.

T. Kubo (RWF) – We all know him and what he can do. A great player to use for cutting him and curling to the far post. His sombrero skill allows you to juggle the ball.

R. Miyachi (LWF) – I purchased him for nostalgia sake. His high speed and acceleration makes him a useful super-sub to dash past tired legs in the second half.

S. Ono (AMF) – Just like Nakamura, you just got to have him in your squad. Makes great passes.

S. Kagawa (AMF) – My squad is already filled with AMF legends. Why not have one more?

These players are really fun to play with, if you are not too concerned about results. The initial ratings of these players are not that high, so it will take quite a few trainers to make this a competitive squad. That said, a few of these players are in my ‘Asia’ squad and ‘Arsenal past and present’ squad, and I focus my trainers on them. I would recommend for everyone to try Nakamura and level him up. His passes are amazing and you get to recreate his awesome free kicks!