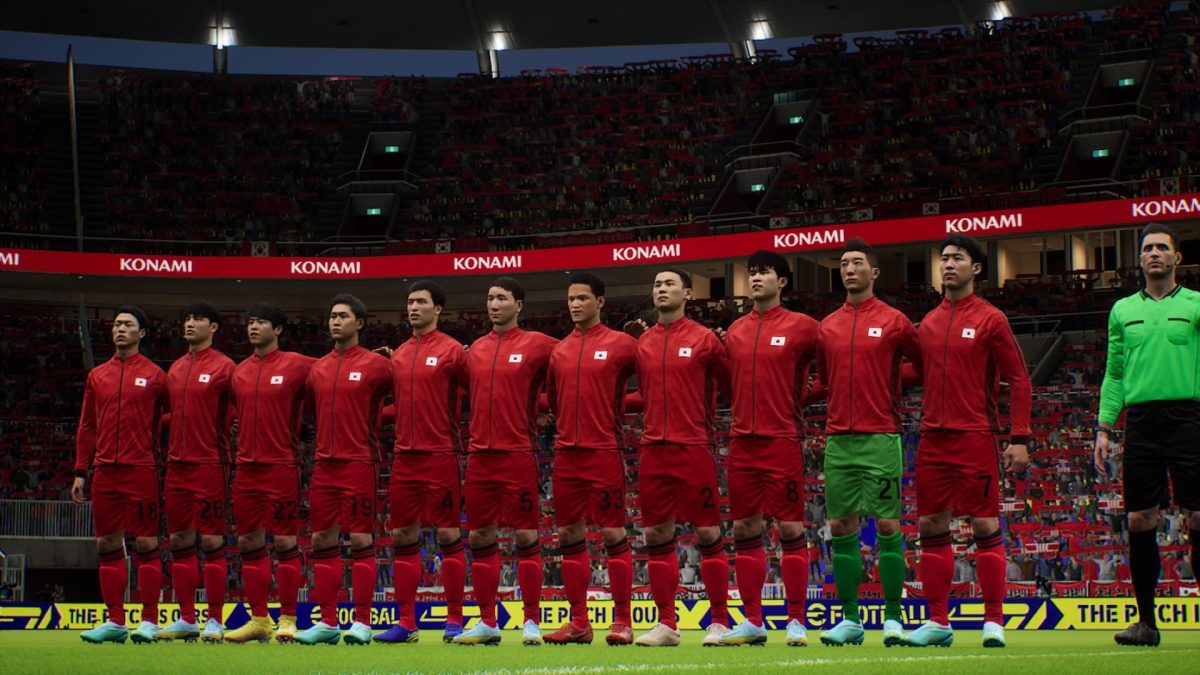 With the football fever upon us and the launch of International team events in eFootball, I put together a South Korean national team to compete online.

It was a fun experience.

In this section I will share my thoughts on some of the players in the team.

Jo Hyeon Woo (GK) – He isn’t too highly rated, but is a decent goal keeper after levelling up. He is a Defensive Goalkeeper so can be relied upon to stay in goal. Overall no complains.

Kim Min Jae (CB) – A solid defender. He recently moved to Napoli in real life so that speaks volume of his ability. Easily the best defender for the team in the game. Has a ‘build up’ play style so is an asset for you to launch attacks.

Choi Chul Soon (RB) – A versatile full back that can play on both sides, and also in midfield if needed. Not a starter but an important player for your bench.

Jung Woo Young (DM) – The anchor man you need to protect your defence while your attackers charge up front. Very dependable.

Hong Hyun Seok (CM) – I have a bias for box-to-box midfielder so this player is important for my team. With unwavering form, he is usually in the starting lineup.

Lee Jae Sung (AMF) – With a ‘hole player’ play style, he is a real asset in attack, making runs into the box to receive passes.

Lee Kang In (AMF) – I rotate between Lee Kang In, who is a ‘Creative Playmaker’ and Lee Jae Sung as they have different play styles. His ‘Double touch’ and ‘Marseille turn’ skills make dribbling run.

Kwon Chang Hoon (RWF) – My first choice right winger. He has ‘Roaming Flank’ play style, ‘Pinpoint Crossing’ skill which makes him ideal for sending in crosses, and ‘Long Range Curler’ which allows you to cut in and aim for the far post. If his condition is not ideal, bring him on in the second half to leverage on this ‘Super Sub’ skill.

Hwang Hee Chan (LWF) – Probably the number 2 after Son Heung Min in the team. He can play on both flanks, has a useful ‘Roaming Flank’ play style, and possess fun skills such as ‘Chop Turn’, ‘Cut behind and turn’, and ‘Rising Shot’. He is also a ‘super-sub’ so he almost exclusively comes on in the second half.

Kim Shin Wook (CF) – A tall, strong target man to put away all your crosses. Great physical presence at the front.

Son Heung Min (LWF) – He needs no introduction. He may probably play better as a CF but I keep him on the left wing for realism. Use him to cut in and unleash curlers towards the far post.

No doubt competing with this team was tough. Most opponents use France and Argentina, both of which has highly rated players. Being the underdog, there is no pressure on me so I could just play my game. Other than star Striker Son Heung-Min, many other players came up good and performed well for me, which was pleasantly surprising. I might continue using this team in the efootball league.