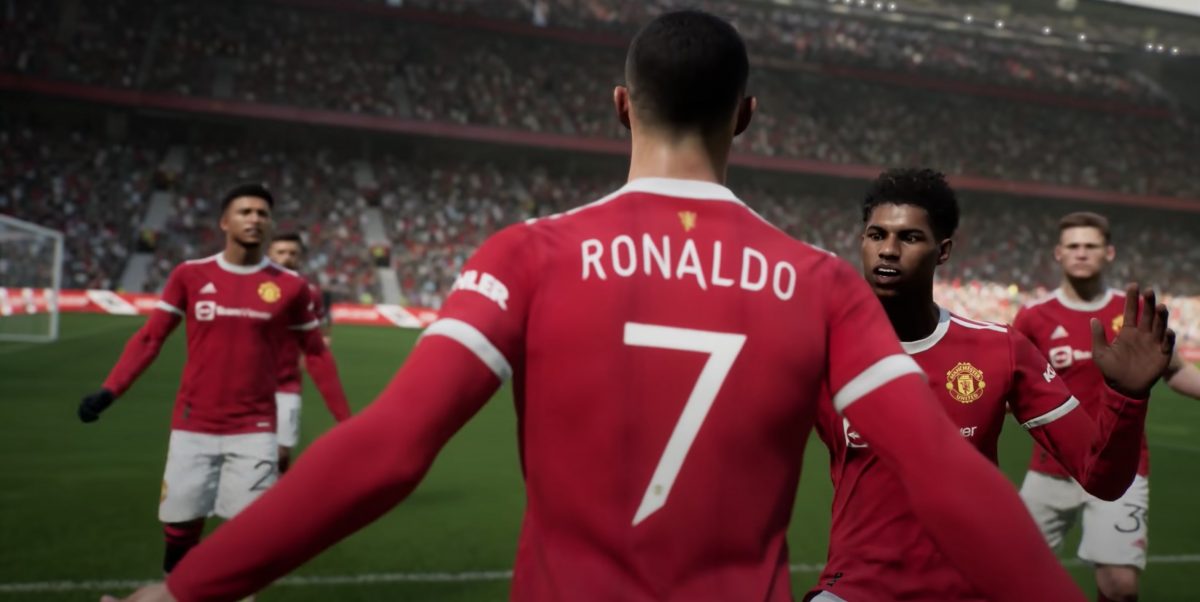 I had a chance to play a few games, both vs AI and online players. Consolidating my thoughts here.

The game feels different from previous PES and FIFA versions. It might be the ‘shiny new toy’ syndrome, but it definitely needs some getting used to. To start off, there are new controls and gameplay mechanisms that we have to learn.

Sprint is now R2 / RT. There are many gaming guides in the past that tell you not to always hold on to sprint. It cannot be any more accurate this year.

The R2 / RT “button” is a trigger, in which you can determine how much to press in. The pressure you put on the trigger determines the sprint speed of your player. Press all the way, and your player will be fast, but he won’t be able to control the ball well.

It is unlike previous PES versions in which you can sprint down the flank to the goal line, adjust your direction towards the goal, and send in a cross. Now, if you try that while holding the sprint button all the way down, your player will lose control of the ball and push the ball out for a goal kick. I have seen this happened many times to my online opponents. This is something to take note.

Same goes for defending. Sprint fully, and your opponent can easily sidestep you with a quick turn.

I find this a good feature. This will deter players from mindlessly sprinting, and perhaps, decrease the effectiveness of pacey strikers since players will be more cautious with the sprint button. I am sure that overtime, with practice, players will still be able to use the likes of Mbappe well to wreck havoc, but at least this feature will allows those who take time to train to be better than the rest.

R2 / RT is also used to push the ball into an open space behind the defender. Push it all the way down, let go, and push your left analog stick in the direction you wish to go. You will be able to see a quick tutorial of this in the introductory tutorial video after the game is installed.

You will have seen Gerard Pique using his body to block an opponent in the trailer. L2 / LT is the button for this. When defending, you can use this button to physically push an opponent away.

You have the option of holding onto the button and letting your defender charge aggressively towards your opponent. Sometimes, you may be able to win the ball without incurring a foul, but I believe that if you use this on skilled online players, they will be able to side step you easily.

Be cautious with the use of this button. Only use it when you are close to the attacker and you see space between the attacker and the ball. Press L2 / LT for your defender to put his body in that space.

In eFootball, it feels like the dribbler and the ball are not stuck together. They seemed to be separate, and it takes practice to be able to control and dribble the ball well. I feel that this makes it a fairer game for attackers and defenders.

When you are attacking, the L2 / LT button serves a purpose too. You can hold it to shield the ball. As you are dribbling and approaching an opponent, press the L2 / LT button and you will see your attacker put his body between the ball and the defender. The effectiveness will depend on your timing, positioning, and most likely strength attributes of both players. I am having mixed results with it so more practice is required.

Letting the ball through

This used to be done by holding onto R2 / RT, and is now changed to the right analog stick. Push the stick in the direction of where the ball is going, and you will see your player let the ball through and follow it in a swift motion. This move is a great way to evade a defender by your side.

You can take these kicks immediately (after the ball goes out of play and gets returned to you) without waiting for the screen to change to a player view. It is a nice seamless transition but may take some getting used to.

Dribbling moves are executed through the same pushes of the analog sticks as PES 2021. Shooting, passing, and crossing generally remained untouched. The systems of free kicks, set pieces tactics, and penalty kicks are the same as before.

The option of double-teaming or calling a teammate to help you defend is removed. We gotta defend on our own now, for better or for worse. Interesting, the player run option (L1 / LB + Right Analog Stick) is also removed. You can still push your players forward by using the 1-2 pass and move method (L1 / LB + Pass), as well as a new (Pass + R1 / RB) whereby the player who just made a pass will move horizontally towards the receiver of the ball.

The removal of double team and player run will need some getting used. I feel that this is a good way to get rid of some of the more irritating tactics players used online. With double team removed, players can no longer get the AI to defend for them while they sit deep. Without the player run option, kick-off through ball spammers will find it harder to exploit the game mechanism.

I am sure that online players will come up with new methods to win in the easiest way possible, but for now, the ghosts of 2020 and 2021 seemed to be behind us.

Formation and tactics have been simplified, probably to bring more new players into the game. Attacking / defending / advanced instructions are removed. So has the option of cycling through formations. Replacing all these is a horizontal view of your formation and 5 tactical options (Possession, Quick Counter, Long Ball Counter, Long Ball + another that I can’t remember now).

You can cycle through each tactical option to understand player movements when you are in possession, attacking, and defending.

Form arrows still exist, so that is something to take note of in player selection.

While the new formation system may not prohibit a player from playing a formation with 4 strikers, which is a meta formation in PES 2020 and PES 2021, I do hope that the game no longer rewards such a move.

You start off with the ‘Duel’ camera that zooms in and out depending on the action on the pitch. Generally, if you are dribbling and get close to a defender, the camera zooms in, presumably to help you see better to beat the defender. When you win the ball back in defence, the camera zooms out a little to show you passing options.

The constant camera movement may not be to everyone’s liking. While I find that it is pretty intelligent and does its job well, I switched back to the regular ‘Long’ or ‘Wide’ option after a few game.

There are 2 options for you to celebrate a goal. These will appear above your player after he scored a goal.

The contextual celebration option adds variety to the goal. Scoring the first goal and a late equaliser triggers a different celebration.

My favourite thus far is ‘Right back at you’, which mimics the celebration used by your opponent when he celebrated his previous goal. In my case, it was Thomas Partey doing Ronaldo’s Siuu when he scored a last minute equaliser. Epic.

Perhaps meant to be a surprise, you have the option of selecting over 200+ teams when playing online. Matchmaking filters are not available so you may get matched with a 5-star team even if you chose an underdog. Interesting, my 3.5 star team has been able to match the stronger teams in online matches. It is likely because most players are still testing things out and have yet to uncover a META play style. I hope they never will.

In offline exhibition matches, you are restricted to that 9 teams.

Probably not the best console game in terms of graphics, but as most PES players are playing for the game play, I personally don’t think it it too big of a deal. I do find that contrast between players and the grass (during replays) similar to a green screen effect.

Do a quick search online and you will find video clips of players disappearing, referees flat on the pitch, and players colliding and falling over one another. While these are not ideal, I find no need to make a big fuss out of it.

eFootball has introduced many changes, most of which requires time to practice and get used to. It is also pitched as an ever evolving game, so a lot of things may change over the next few weeks. As it is offered at the unbeatable price of free, eFootball is a good option to have some mindless kickabout.