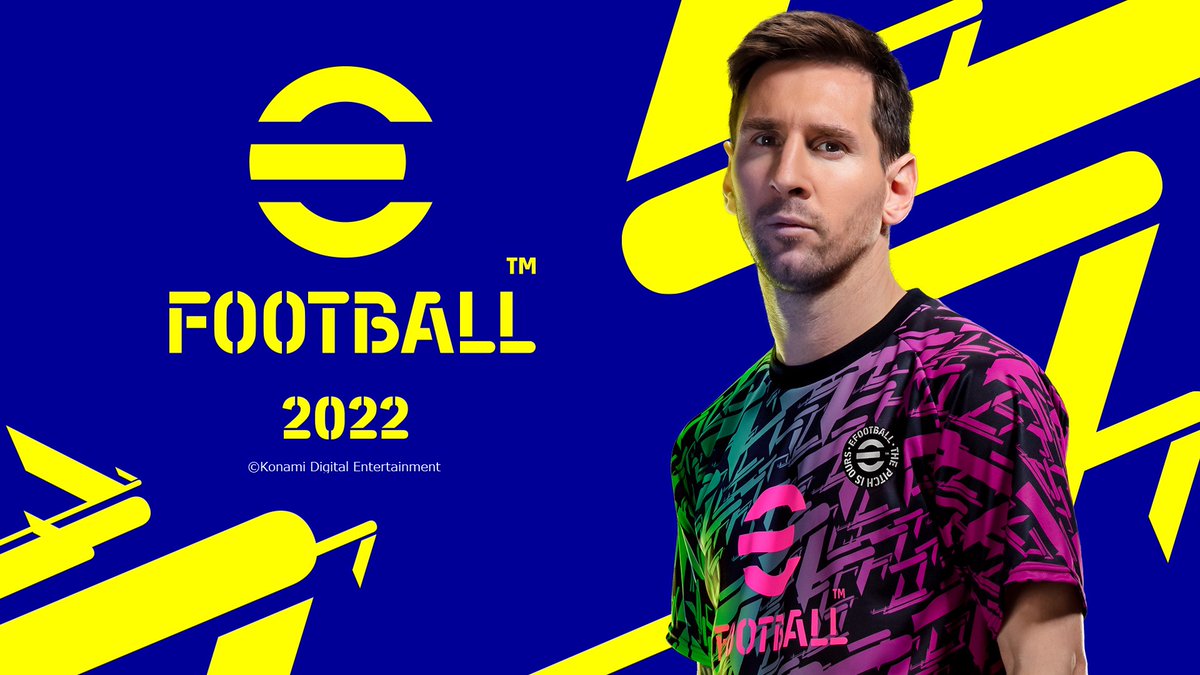 eFootball is just around the corner, and I am sure many of us are eagerly awaiting the launch.

The switch to free-to-play has been met with all sorts of emotions, from confusion and skepticism to quiet optimism.

Fans since the early days of ISS are concerned about the loss of identity. Rightly so, as the WE / PES name will be retired, and over the years the gameplay and monetisation methods have took a turn.

Newer players are looking forward to the launch, as it is free-to-play and may potentially be a good alternative to spending $60+ on FIFA 2022.

No matter where you stand, there is probably no harm trying it out since it is free.

The launch will essentially be just a demo. You get to pick one of the 9 teams for a friendly match both online and offline.

Further modes such as Master League, and the new version of MyClub, will be released at a later date.

That is a bummer as playing with the 9 teams will get repetitive quickly.

In-game purchase has been made available. For a cost similar to past PES versions, you get 2,800 coins, as well as 8 chance deals to sign players such as Messi, Neymar, Rashford, and a few others who have yet been confirmed. There won’t be a risk of duplicates, so that is an improvement from previous versions.

Since the pre-order bonus last till mid-November, there is no rush in making a purchase. Try the game out, wait for a few patches, and if it plays out, the purchase will be a quick way to get your new MyClub team up and running.

Thus far, online matchmaking for me does not take too much time if I remove all filters. However, if I were to enable filters such as Team Rating (3 star games are really exciting), I do not get much luck in finding a match.

Cross platform play aims to resolve this by widening the pool of players you can get matched up with.

The game will launch with cross play between PS4 & PS5, and XBox Series X/S & XBox One. Moving forward, there is a plan to enable cross platform play across consoles, PC, and Mobile.

Gameplay and graphics may be scaled down if you are on console and playing mobile users. If that is not to your liking, you can disable this option. It is good that we have this option. My priority is to play fellow console players. But if the user base is limited at a particular point in time, I can easily turn on mobile matchmaking option to get a game.

You probably have heard about it. They are faster lofted passes that you can execute in the game. I guess they are similar to the passes made by players with the ‘Low Lofted Pass’ in PES 2021. The only issue is that they are not available on launch day, so we will have to wait for that.

Save for a couple of leaks, there has not been a proper footage of the version launching on 30th September. Konami has imposed an embargo which led to frustration from YouTubers who were invited for the beta test.

From those videos that I have seen, new cut scenes of the locker room and the sprinklers before the game looks fresh, but I expect many of us to skip them after a few plays.

The graphics released also seem to be of lower resolution that what we are used to. It is likely that those are not the final version for next-gen consoles, so lets see how that goes.

In addition to the usual list of partner clubs, there was also an announcement of Konami’s agreement with the MLS Players’ Associations (not MLS clubs). This will be ideal for MyClub players to sign their favourite MLS players.

The free-to-play eFootball 2022 is a drastic shift from ISS / WE / PES days and likely aimed at acquiring more casual gamers, just like how Fortnite and many others have done.

It may not have gone down well initially with seasoned players like myself, but I guess we have to accept the fact that the gaming industry have changed, and Konami has taken the freemium game approach.

Regardless of what you read online, I feel that there is no harm downloading and giving it a go. It is a free game anyway. You get to try it for 2-3 months before the other game modes get released, and then you can decide if it is worth spending some money on DLCs or coins.

Just a few days more. Lets hope for that best 🙂