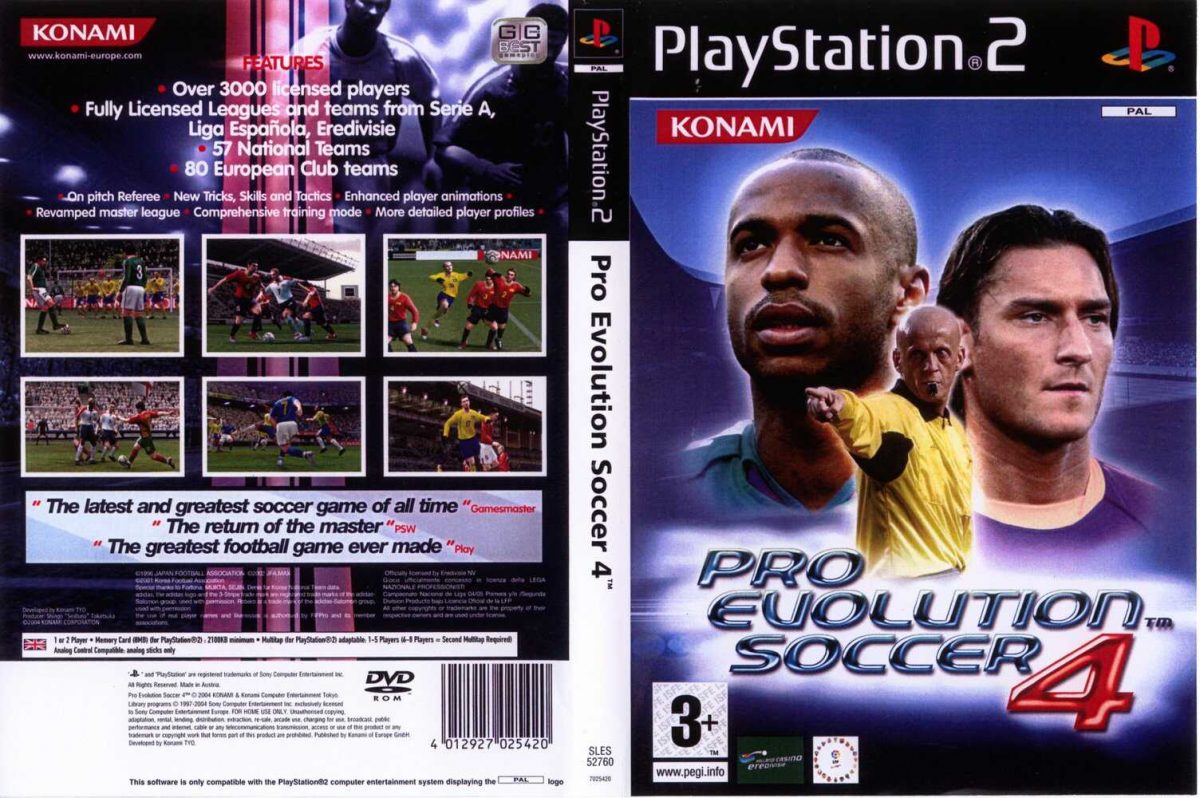 PES recently celebrated its 25th year anniversary. Any long time fans of the series will undoubtedly have countless stories to share about their experience playing the game.

This site, PESMastery, as well as previous iterations, was launched more than 10 years ago. It was created as a passion project, for me to immerse myself into the game, make friends with fellow fans, and serve as a welcome distraction from school, work, and life.

I looked back to a couple of my past posts, and am amused by how PES has changed over the years. Some features that were implemented went on to shape the series. Others was removed almost immediately.

This makes for a good nostalgic journey. Let’s take a look.

Regional marketing needs mean that new players get confused by the term ‘Winning Eleven’ as well. Of course, the recent introduction of the ‘eFootball’ term into the name continues the trend. It is probably the first and only game with both terms ‘football’ and ‘soccer’ in the name.

The game has been known as WE, PES, or WEPES to all fans now. We will see if the eFootball term sticks.

This has to go down as a classic.

Part of the fun of every new PES game was to guess who the real players and teams were. In recent years, patches are released almost immediately by the great community of modders, so we no longer have to go through the confusion. I loved those moments, and still do.

To provide players will more control over tactics, Management Edit lets you define team instructions at certain periods of the game, based on the scoreline.

It was a good addition, as it means you do not have to access the menu and make changes whenever the situation of the match changes.

Management Edit was subsequently improved upon to provide us with the various team instructions and custom tactics we enjoy now.

These have gone through many iterations to reach the stage that we are seeing today. These instructions gave us more customization options on how our teams line up, and how we play our game. In the initial few versions, I suspect that the effects are placebo, as I can’t see much differences. In recent years, the impact is much more obvious. Players move around the pitch in the way that you have assigned them too.

Advanced Instructions deserve a shoutout in the way they replicate how teams operate. Find a game too static and predictable for your liking? Adjust your advanced instructions, and your players will find ways to lose their markers.

I thought this was a big deal when I first got introduced to it. Form arrows add realism and unpredictability into the game. You can no longer play Ronaldinho or your best player every game, since he is not likely to perform on a bad form arrow.

The usage of colours did change throughout the years. Red used to represent top form, but is now at the other end of the spectrum.

An epic addition to the game. I gasped when I first saw it in the trailer. In that version, I probably had a record number of yellow cards from unsuccessfully trying to dive in the game.

This feature is still available in the game, though I am not sure if many players are still using it.

Konami never fail to wow us with realistic gameplay during its golden period. When I first saw this, my anger from conceding a goal turned to appreciation and applause for the developers for successfully implementing this in the game. It may not be a big deal now, but at that time, it was a genius move.

Almost every year, the way to take free kicks and penalties changes. From dotted lines to show the ball’s flight path, to using directional buttons to select set piece instructions, players have to relearn set pieces almost every year.

At the time of writing this, close range free kicks are pretty easy to score (and concede), and some players have mastered the art of corner kick goals as well. I will love to say the same of penalties but I seldom get them. It is probably time for a refresh.

Do you remember this? Choose the runs that your teammates will make when you are in a specific part of the pitch.

It sounds cool, but is probably too complicated in terms of implementation. I guess a combination of ineffectiveness and low usage among players led to its removal a year later.

Not a good dribbler? PES wanted to help you with that through Link Feints. Assign up to 4 dribbling tricks (you can end with a dive if you want) and execute it easily. The drawback is that you have to complete the whole loop, which makes this pretty unrealistic. Imagine you have beaten the defender with your first trick, and your player continues to showboat with no opponents around.

The feature lasted for a couple of years before it was removed.

This is all the buzz back in PES 2013, if I recall correctly. The serve of the ball is so beautiful and unpredictable that players spend hours getting the timing correct. For the uninitiated, you execute a knuckleshot by charging up your shot, and tapping the shoot button again just before your player make contact with the ball.

Everyone knows Ronaldo as the original knuckleshot taker. It was a trial and error to find other players who can execute this shot as well. Over the years, PES made it easier for us by introducing the Knuckleshot skill card.

There is something magical about Rabona that had all fans swooning. Only the most creative, technical players can achieve this.

The requirements were quite amusing – low weaker foot usage, high shot technique, be in a position when it is hard to use the player’s weak foot. It was quite complicated, and you have to deliberately give up a goal scoring opportunity just to execute the shot.

Now, requirements are still quite similar, and the Rabona skill card help us identify the players who can do that.

The game mode that lets you play as a newly created player, or a real life current superstar. This is PES’s answer to Fifa’s Become a Pro.

When it was first introduced, it generated great interest among fans. I recalled that before that, PES already allow us to lock our controls to a single player, and adjusting our camera to ‘Player’ view perfectly replicates the Become A Legend experience before it was launched.

Of course, that was only possible in one-off matches. Become A Legend lets you play through the player’s entire career, with stats growth and transfers.

It has been a main stay of the series, although there has not been much of an innovation for the game mode.

I am sure we all have mixed feelings back this. Playing with other humans online is great for the unpredictability and bragging rights. What is not fun is the lag, long wait for matchmaking, identical teams you face, and sweaty tactics.

Still, it is going to be around for a long time. The huge potential of this mode prompted Konami to release a free ‘lite’ version of the game on console to draw more players in. PES Mobile, a game that only allows you to play myClub, also has a huge following.

Your Beckhams and Rooneys live on forever and ever. Some players love having a 17 year old superstar in their team, others despise it for the lack of realism. Like it or not, it is a non-adjustable feature.

We all know this has to come sooner or later for Konami to expand its global appeal. The signing of the Champions League, major European leageus, and Partner Clubs help to make the headline to major markets.

In addition to that, Konami was strategic in its use of licensing funds, going for partnerships with smaller (thus cheaper) but nonetheless important markets. We see deals with the Scottish League, Russian League, Asian Champions League, Chinese League, Thai League.

There is also a huge emphasis on South America leagues and club partnerships, which brings more stadiums into the game. This is likely due to, and also contributes to, the growing popularity of the game in the region.

Playing with your friends in the same team has never been easier. Grab a friend or two, and test your chemistry on the pitch. I recalled there was a version when each player will only control a specific third of the pitch. I can image it to be quite boring for the player assigned to defending.

A great introduction to the game by Konami, which was a major talking point among gaming sites.

Konami has never failed to surprise us with interesting new features in the game. Some stayed on, some didn’t, but all did gave us great memories. With PES 2021 being a season update, there isn’t notable changes. With the next-gen consoles releasing soon, we shall await what PES 2022 brings us.