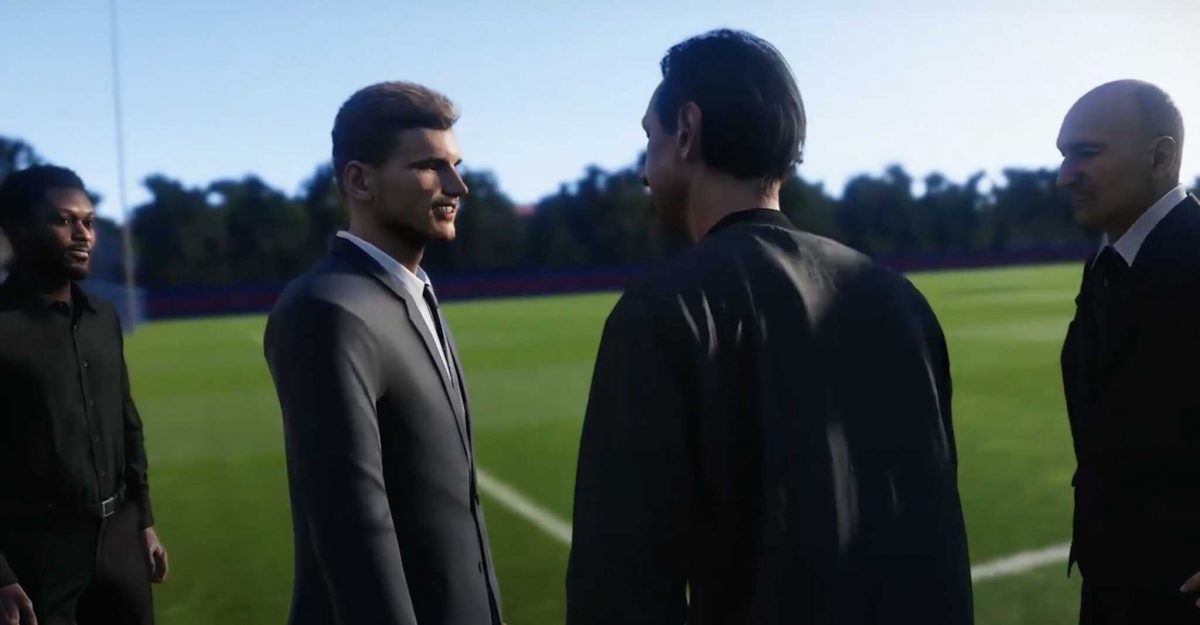 The new season of eFootball PES is here, and many fans of the game will be starting another season of Master League.

Master League has been a favourite for many years, as it allows players to build the team of their dreams. Whether you play with the default Master League players, or start with a real club line up, it is an exciting journey.

To build a dream team, we will spend time scouting and buying players. This tutorial will cover all about player transfers in PES Master League.

Getting to Know Your Team

When you start a new Master League game, you have the opportunity to sign new players in the first summer transfer window. Take up this option to inject your presence into the team right from the start.

Most teams come with a balanced squad, with some containing more players than the rest due to licensing, or simply the brand name of the team. The first step I take is to ensure that I have sufficient players for each position, based on the formation I play.

For example, if I play with a 4 man backline, I will want to have at least 9-10 defenders in total. This is to ensure that I have at least 1 direct replacement in each position, and perhaps 1-2 more players as buffer, in case of injuries. It will be ideal if some of these players can play in multiple positions, to cover for injuries and poor form of others. If I find players lacking in a certain position, that position will be my priority for that transfer window.

Once I know that I have sufficient players, I will want to understand my team better to identify weak spots. I will look at my player styles, overall ratings etc. If I find that my team is sorely lacking in a particular player style etc Playmaker, I will need to look for one quickly, in order to do well before the next transfer window.

These two steps will help me to fine-tune my transfer strategy for each transfer window.

With the type of players identify, it is time to scout for the players you need.

Head to ‘Team Management’, and then ‘Scouting’.

Here, you can request for your scouts to look for players that meet your criteria. Choose ‘Bolster Weak Spots’, or a specific positions.

Bolster Weak Spots is an interesting option for you to see recommendations from the game engine. My observation is that you will be recommended players in the position which has one of the lower overall ratings in your starting lineup.

Select area to focus on (I usually go with None to broaden my search), Things to Focus on (depending on what is important to you) and if budget should be considered (usually yes, unless you opt to start the game with a high budget).

The search will take some time, so be sure to do this on the first day of the transfer window.

After a few days, depending on your search criteria, you will be presented with a number of options.

Look through them, scroll through their stats with L1 and R1 / LB and RB, and determine if they are a good fit. In addition to abilities, check out Offensive and Defensive Tactics. A high rating in the tactics that your team tends to adopt will lead to a higher overall team spirit rating when the player is in the starting line up. It means that you can easily integrate him into the team, and have him play effectively with his new teammates.

Look at the Development Sheet as well to see the trend of the player’s development progress. In general, you want players who are still developing. For veteran players, you will want them to at least be constant and not on a downwards trend.

Head to ‘Advanced Search’ if you have a player in mind, or wish to use a variety of filters to find a player.

This is a more tedious approach, but rewarding if you are able to find a player who can match your needs.

If you are using this approach, be sure to keep an eye on the affection level towards the current club.

In general, players found through advanced search will be harder to sign as compared to players identified by your scout.

Konami created this system, based on the logic that players identified by your scouts already have an existing contact with your club through the scout, and thus will be more likely to move. In addition, your scouts will only recommend you players whom they feel are willing to move to your club.

Negotiating and Signing a Player

When you find a suitable option, start a transfer negotiation (or a loan agreement) with the club and the player.

Transfer fee and annual salary are adjusted with a slider, rather than inputing the exact figures yourself.

Choose to add on Selling on Option and Players to Trade for the negotiation with the player’s team.

Adjust the contract length, release fee, and bonuses for appearances, scoring goals, and winning matches with the player. Some players may not like length contract, and too high a release fee.

For each adjustment, you will know the likelihood of the transfer succeeding based on comments from your Sports Director. It is accurate for majority of the time.

Once you are happy with the conditions, proceed to send the offer. Note that there is a limit to the number of negotiations that you can get into (a pretty weird restriction in my opinion), so be sure to only proceed with reasonable offers on players you are really keen on.

After a few days, you will hear back from the team and the player. If the transfer and contract offer is accepted, congrats! If not, adjust the terms a little if they are open to negotiation. Otherwise, try again in the next transfer window.

Integrating New Players Into Your Team

Sit back and enjoy the cutscenes of your new signing touring the training ground, and speaking to the press (or choose to skip it if it isn’t your first signing).

Head to your team line up, and put your new signing into your team to observe the impact of your team spirit.

If the player has an offensive and defensive tactic preference that matches your team’s set up, Team Spirit can be kept relatively consistent. If it drastically differs, your team spirit will reduce. Depending on the amount of reduction, you will see a visible impact on the pitch, with players not playing together as well as they should.

New players take time to adapt to your team’s style, usually over half a season. They will gradually learn your team’s style of play, and their rating in the offensive and defensive tactic will increase. Team spirit gradually increases, and your new signing will feel part of your team.

I also notice that new signings are given a boost on their debut. I have scored too many debut goals to consider it a coincidence. In any case, it feels good. Use this to your advantage.

In every transfer window, other teams will bid for your players. Decide if you wish to let them go, negotiate, or simply ignore the bid. Unlike football manager kind of games, your players will not get unsettled, so it doesn’t really affect anything if some teams come for players that you wish to keep.

The first bids are usually low and below the player’s market value, so be sure to negotiate.

While signing new players are exciting, it is equally important to keep existing ones, and not lose them due to expiring contracts.

Check out your squad list in ‘Team Management’, followed by ‘My Team’. Keep an eye on players with expiring contract, and renew them if the contract end date is within a year.

Master League is a classic game mode with a large fan base. Signing players to build your dream team is an exciting part of the game mode. I hope this gives you a better understanding of how transfer work in Master League, and how to make the best use of it.