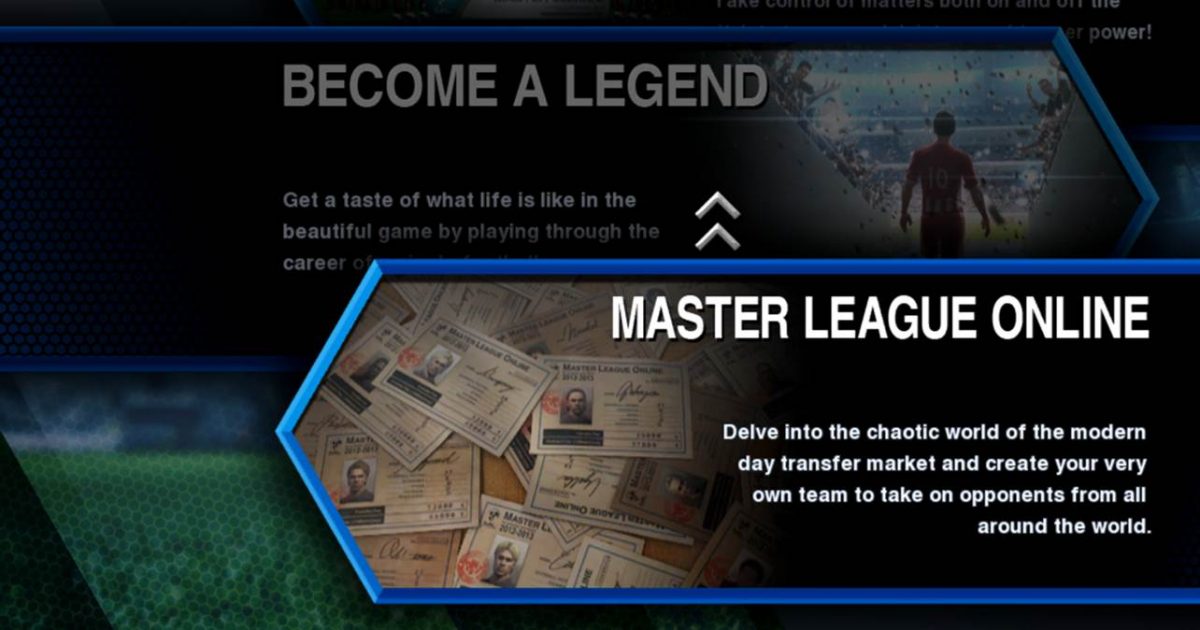 Each player is created different in PES. They have different strengths, playing style, preferred foot and ideal position. It is not ideal to learn about your players during an online match, where performance and victory is crucial. Rather, the preparation should be done offline, in exhibition or training mode. For example, if my master league online team has the player Van Persie, I will play a few offline exhibition matches with Manchester United, where I can familiarise myself with the style of Van Persie. I will find out that he has decent dribbling skills, possess high kicking power and a very accurate left foot, but lacks pace. Experiencing the playing style is much more important than knowing the player’s numerical ratings. By controlling Van Persie with Manchester United, I will know that in my next online match, I can use him to take powerful shots inside the box, take controlled shot outside the box, but will stop short of using him to outrun defenders. Understand majority of the players in your master league online team helps you make split second decisions during an online match.

Each of us will have a few designated free kick takers in our master league online team. Free Kicks within 25m of goal is a great goal scoring opportunity, and we should not let it go to waste. The amount of free kicks in the online world is very limited, and there is hardly any chance for us to practise. Thus, practice has to be done in the offline mode. If I have Keisuke Hona in my master league online team, I will head off to training mode with either CSKA Moscow or Japan, and practise taking free kicks with him. This enables me to know how much power to apply, and where I should position the camera such that the ball can be bent past the wall into goal.

3. Use a Weird Looking Formation

4-3-3, 4-2-3-1 or 4-4-2 are realistic and well-balanced formations. However, they rarely work for the online world. This is due to the “exploitation” of the game engine, where teams with players who are fast, or players who are great passer, will control the match. As a result, team formations will usually look weird, funny and unrealistic, but these formations work, because they bring out the strengths of their team. Playing a ‘normal’ formation will be ineffective as online players are able to exploit the weaknesses of these formations easily with the players they have. Thus, be daring and try out an unrealistic formation, a formation with just 2 midfielders, or 5 strikers etc. Slider options can also be set to extreme values, such as 0, or 20. That is how most online players play, and that is how we have to play to match them.

Some teams go by the saying that Attack is the best form of Defence. Unfortunately, that is not true for PES Master League Online, certainly not if our team is new and made up of default or average players. We can attack all we want, control 80% possession, take 15 shots on goal, and never come close to scoring if our opponent is a seasoned player with strong defenders. Once we lose the ball, a swift counter attack in the form of a single through ball will cause us to concede a goal, which may be game over for us. A defensive formation is thus crucial to staying in a game against a top opponent. Play 5 defenders if required, and add one or two holding midfielders. Set Player Support to low. Use strikers to run back and defend. Do everything required to keep the defence tight, and go for the counter attack when possible. This is a useful strategy, until we obtain sufficient funds to purchase top players and play attractive football.

5. Change Formation During the Match

This may be tedious, but to stand a higher chance of winning, an extra minute of adjusting will be worthwhile. Online players know our formation right from the start and use the information to predict our style of play. They can read our moves and adjust their tactics to stop our top players. Playing with the same formation and lineup for the entire match is not a wise choice. Although fresh players can be brought in during the match to bring a new dimension to the game, an unchanged formation limits the effects of substitutions. A good strategy is to have 2 or 3 formations in mind. During the half time interval or anytime during the match, make changes to the formation or bring in new players. We can also use the Pre-set Tactics to adjust formations quickly during the match. By being familiar with the various formations, we will know exactly where our players are, but not the opponent.  Frequent changes to the formation will inevitably change your playing style, which will surprise the opponents and increase their difficulty of the online game. There may not be a need to make changes when we have a healthy lead, but in situations where we are chasing a game, a switch in formation will be very beneficial.

The PES Master League Online is a challenging mode, filled with seasoned players with skills, and players who simply leverage on top talents in their team. Whichever the case, defeating them is always tricky. Utilising the 5 tips mentioned above in this Master League Online guide will help in preparing for the next online.