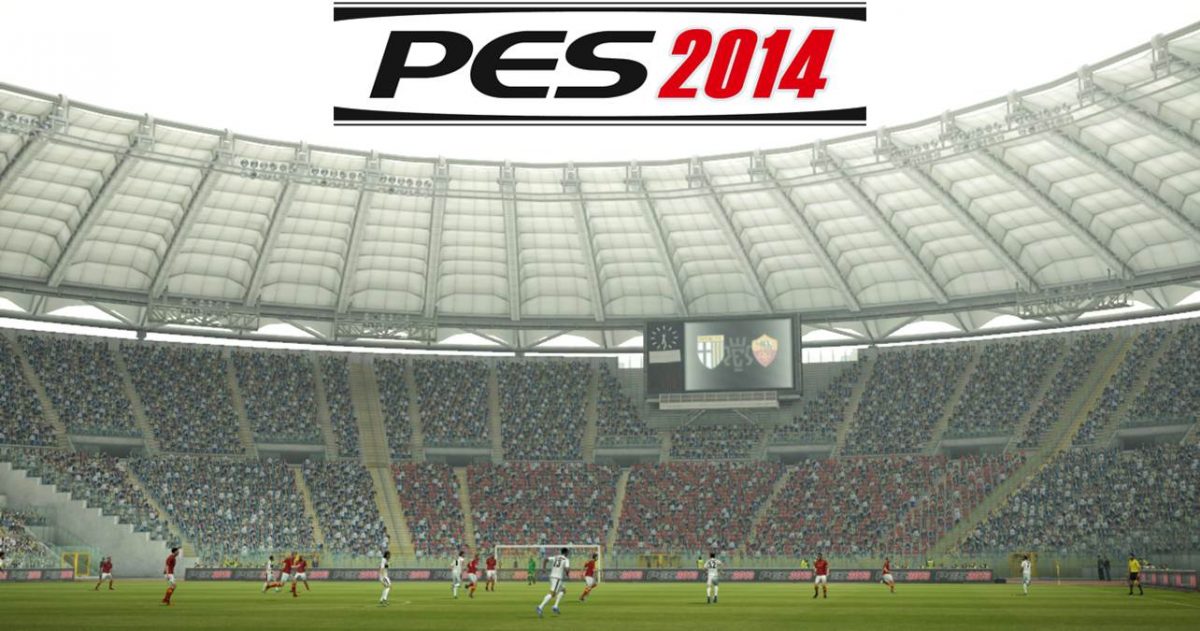 PES 2014 is scheduled to be released either in September or October 2013.

Judging from the release dates of the current and previous versions – PES 2013 (21st September), PES 2012 (14th October), PES 2011 (8th October), PES 2010 (22nd October), it is hard to predict. With several complains of game inbalance in online multiplayer mode, we can only hope that Konami do not rush production to meet an early release date and miss out on some important gameplay issues.

As usual, more licenses are expected to be added to the current offerings. With a loyal South American fan base, Konami will be adding the Argentinian League into the game. Same goes for Chilean League, and South American Cup Competition. Brazillian stadiums could be included as well. There is also a possibility that Liga Adelante may be present in PES 2014. Teams from English Premier League are likely to remain unlicensed, but that shouldn’t be a real problem, with many expert editors out there to create PES 2014 patches for us all. The Asian Champions League will be included as well, giving players exclusive access to many Asian teams.

Boot boosting mode will be removed as well. I personally dislike starting Master League with players all wearing ugly black boots. Boot boosting also gives players unrealistically high abilities. Playing with real boots provides a sense of realism to the game. Since this can be achieved with a PES patch, the removal of this feature has little significance.

Other than Fine and Rainy, Snow will be a selectable weather option in PES 2014. Honestly speaking, this does not add much excitement, unless playing conditions and players’ form will be affected by the weather. It will be interesting if passes go out of place due to a slippery pitch. 3rd kits will also be included in PES 2014, perhaps to reduce the possibilities of a clash in kit colours between teams.

We can expect a change in the overall feel of the game, as a new Fox game engine will be used. Even though PS4 and Xbox One is scheduled to be released in a few months time, Konami has announced that PES 2014 will still be released for the existing PS3, Xbox, and PC. I guess most loyal players will not make the switch to the next-gen console so quickly, and this is a wise move by Konami. Despite that being the case, Konami has promised next-gen graphics and gameplay for PES 2014 on current consoles by working with Havok, a provider of game development technology, so hopefully we can be pleasantly surprised.

A number of new features with cool sounding buzzwords are promised in PES 2014. The first being ‘The Core’, which simply means improved gameplay and graphics, which include players’ emotions, and perspiration running down their faces. Graphics of stadiums, balls, kits and the pitch will also be improved. From the video, it looks pretty good, but they may not be noticeable unless we are using close up cameras.

Next is ‘TrueBall Tech’, which promises to improve the realism when we control the player with the ball. Improving realism is used every year by Fifa and PES, so I guess this is something we have to test out ourselves.

What sounds really interesting is the ‘Team Play’. Seems like we are able to pre-adjust team tactics such that a number of teammates can work together to make runs and create more goal scoring opportunities. This can potentially make every match a real tactical battle, as players work hard to implement real-life game tactics into PES. A concern here is that some players may find a lethal tactical combination and exploit it, just like what happened to Chipped Through passes in 2013, which will render this ‘Team Play’ option redundant.

There is the ‘Heart’, which brings Home Advantage into the game. The crowd can also spur the players on during matches. I feel that certain elements of this is already present in PES 2013, where our players perform better at certain moments, and fade off in others. Read more about The Heart.

Set piece systems will be changed as well. There will be a dotted line to show the expected flight of the ball.

And finally, we are able to change teams in Master League!

Youtube contains a number of demo gameplay between Bayern Munich and Santos. From the looks of it, there seemed to be no visible difference between PES 2014 and PES 2013. Perhaps the game is still in the development phase and it will improve upon release.

Some new, cool looking control scheme to spice things up.

The introduction of a new game engine could possible mean that previous game techniques and strategies will no longer work, which may provide a level playing field for all players as prior experience in Pro Evolution Soccer will no longer count for much. In any case, PESMastery will be experimenting with PES 2014 once it is released and bring you the latest PES 2014 tutorials!

This post will be updated regularly as new PES 2014 news are released so do visit this post again!