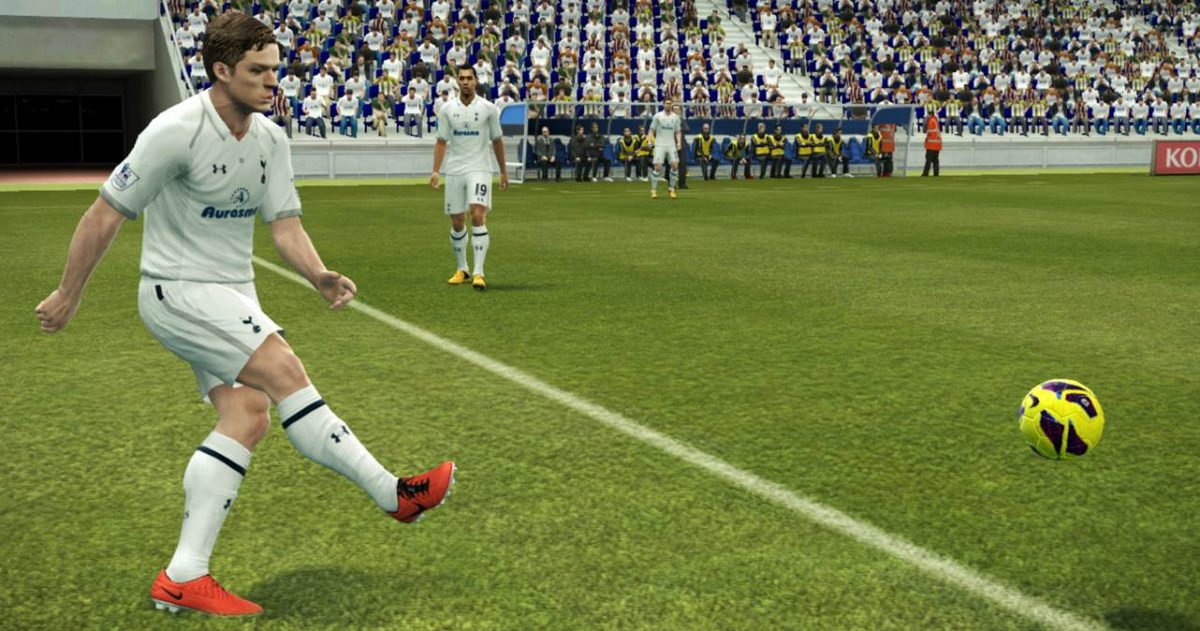 I have always been an advocator of Possession and Quick Counter tactic – Possession as this is how purist felt football should be played, Quick Counter as it is an effective way to score more goals. Granted, the high defensive line of these tactics made them unsuitable for online play, but I have managed to get around it by lowering my defensive line and playing cautiously to prevent through balls. It was tedious, but at least it allows me to play the kind of football I want.

Now, there is an easier way to stop through balls and win games. I tried the Long Ball tactic on a few occasions before, but didn’t really like it as I had the notion that it is anti-football – playing defensively and sending a high ball forward to try to sneak in a goal or two. However, I got bored of the standard tactics and formation, and decided to use Long Ball tactic seriously on a number of games consecutively. And the effectiveness of the tactic was mind blowing. The Long Ball tactic has a low defensive line, which makes defending slightly easier than Possession and Quick Counter. This means I have to worry less about through balls splitting my defence. Player Support is high, meaning this is not a defensive tactic most though it was. Understanding this tactic and using it well makes this a really useful tactic, especially in online games.

I keep the ball at the back. I will exchange passes among my defenders and midfielders in my own half. This has the effect of pushing up the opponent’s defensive line, which is beneficial to us, as mentioned in the counter attack post. As a general rule of thumb, we want the opponent’s defensive line to be at three-quarters line of the field, leaving the final quarter empty. If this is not achieved, use your defenders to exchange passes from a deeper position, gradually moving towards your own goal. What this does is to draw opponent players towards your half, giving you more space in the final quarter of the field to send a long ball. Passing the Ball in Own Half. Image credit: Konami Bringing the Ball Deeper into Own Half. Image credit: Konami Our AI controlled teammates make automated runs occasionally. When passing around in your own half, keep an eye of the radar and attempt a through pass / chipped through pass / high lob forward to your striker when you spot him making a run. I also recommend using the Camera option ‘Wide’ or ‘Blimp’ as you will be able to see more of the field, which helps in spotting player runs. Use this technique until you score a goal or two. It does not matter if your through pass is intercepted. Since you made the pass from your own half, most of your players are still in a good defensive position. You will then not be prone to any counter attacks, and your opponent will have to work very hard to break down the wall of players. Once you are leading the game, you can take on a more adventurous approach if you wish to.

Defending with the Long Ball tactic

Using the above game play technique makes it hard for your opponent to break your defence down. To further improve your defending, considering playing one center back slightly behind the other. He will act as the ‘sweeper’ and clear up any through balls. Note – His position still stays as ‘CB’ instead of ‘SW’. I find that this is more effective. This player should possess more pace than his defensive partner. Using a Center Back as a Sweeper. Image credit: Konami

I have used the PES Long Ball tactic with a number of teams of varying formation, and found that it generally worked well. It does not matter which formation your team uses, as long as you adopt the game play techniques mentioned above. The long ball tactic may be seen as anti-football, but since chipped through pass is anti-football anyway, we might as well use this anti-football tactic to counter against anti-football players.