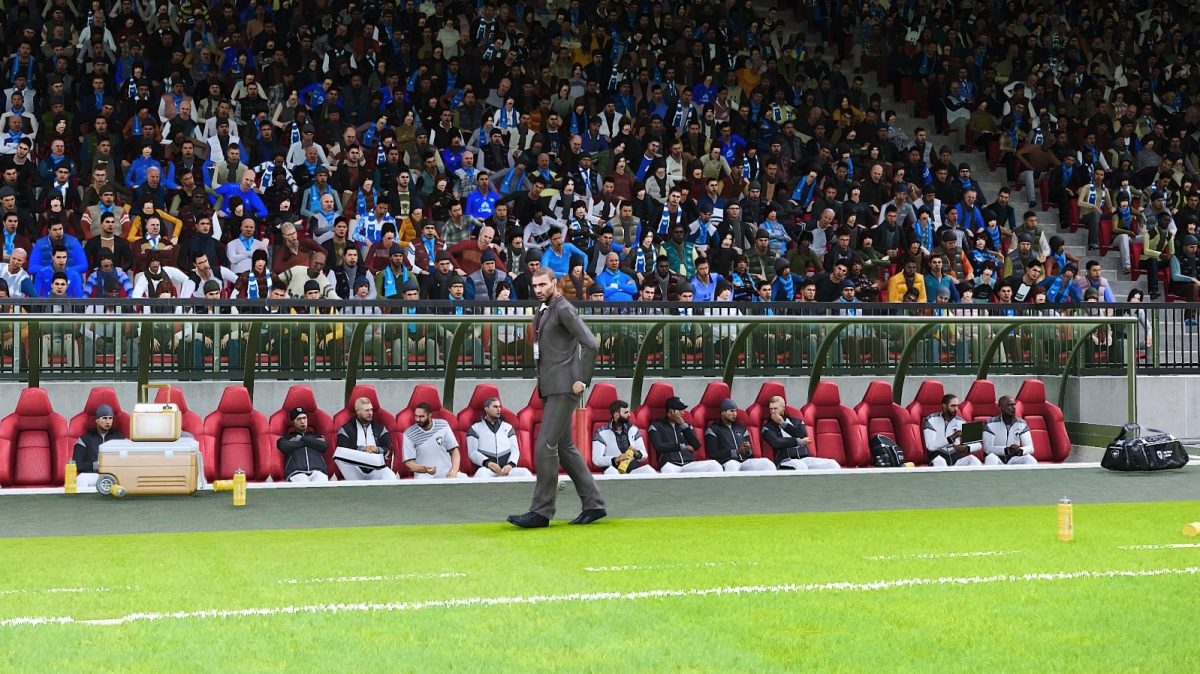 For seasoned myClub players, it can get repetitive using and facing the same players.

Most players keep things interesting but fielding a 3-4 star team, with a rating below 2999, consisting of Silver and Gold ball players.

I find such games far more exciting than facing the usual 5 star teams most player put out.

However, the thing that irritates many players is white benchers – teams with a strong starting 11, but a bench of white ball players.

For those new to myClub, doing this will lower the team rating and allow these teams to be matched with other 3-4 star team.

This is usually seen as an exploit, as the strong starting 11, usually with ratings of 90+, will overpower genuine 3-4 star team with players around 80-90 rating.

Not to worry. I have faced many such teams, and have managed to secure a win in most occasions. In this post, I will share how you can do so too.

White bencher teams are usually unwilling to make substitutes. That is because their subs are in the 60-70 rating. Putting on a sub will present a weak link in the team.

Tire your opponents out by playing a wide game (Hug the Touchline is a good Advanced Instruction to use) and letting them chase the ball. Usually, by the 60th or 70th minute, some of their players will show signs on fatigue.

Use your freshly subbed-in players to take advantage of your opponents’ tired legs and get a late goal or two.

As your opponent do not have much options from the bench, they are unable to switch their starting 11 around even when some of them are in poor form. They will be forced to play with a sub-optimal squad, which presents you with an advantage.

I will like to highlight that this may not be true if your opponent is fielding a full legend / iconic moments team, since their players will all be on B form. However, based on my experience with white benchers, I have not seen such a case.

Form arrows greatly influence the player’s performance in match. Your players will perform better, even though their ratings may be slightly lower.

It is likely that you will concede early, since your opponents’ players are higher rated than yours.

Do not give up. Do your best to keep conceded goals to a minimum. Keep the game close. The game will always present you with a couple of chances to score. Be sure to take them well. Endure till the 60th – 70th minute as mentioned above. Bring on your 3 subs, and use them to outrun your tired opponents. The game likes substitutes. They add variety to your style of play. In most cases, you will be rewarded.

If you think about it, white benchers do what they do as they are not confident about their skills, and has to resort to such exploits to get a few wins. It is an indication that they do not think they are good enough to compete. If you are winning regularly on myClub, you shouldn’t have to fear a white bench team.

In online matches, we face all sorts of players. We will never know their motivation of using such exploits to gain an advantage in the game. Remember to play as you would normally, be cautious and smart, make substitutes when your players are tired, and wait for your opportunity later in the game.

Securing a comeback victory late in the game against white benchers will give you one of the best feelings you can get from PES.

If you are a new player, and are facing a seasoned pro, it is highly likely that your opponent will win. It is not your fault, as your opponent has spent more time on the game. No point getting angry or frustrated over it.

However, if the both of you are on relatively equal skill level, and you are using a genuine 3-4 star team against a white bench team, I am confident that keeping the above points in mind will help you win the game in most cases.

If you are thinking of white benching, please reconsider. As mentioned above, if you have to white bench, it is an indication that you are not very good. And when you lose, it can be quite embarrassing. Let’s all do our part to make the game fun and fair for everyone.