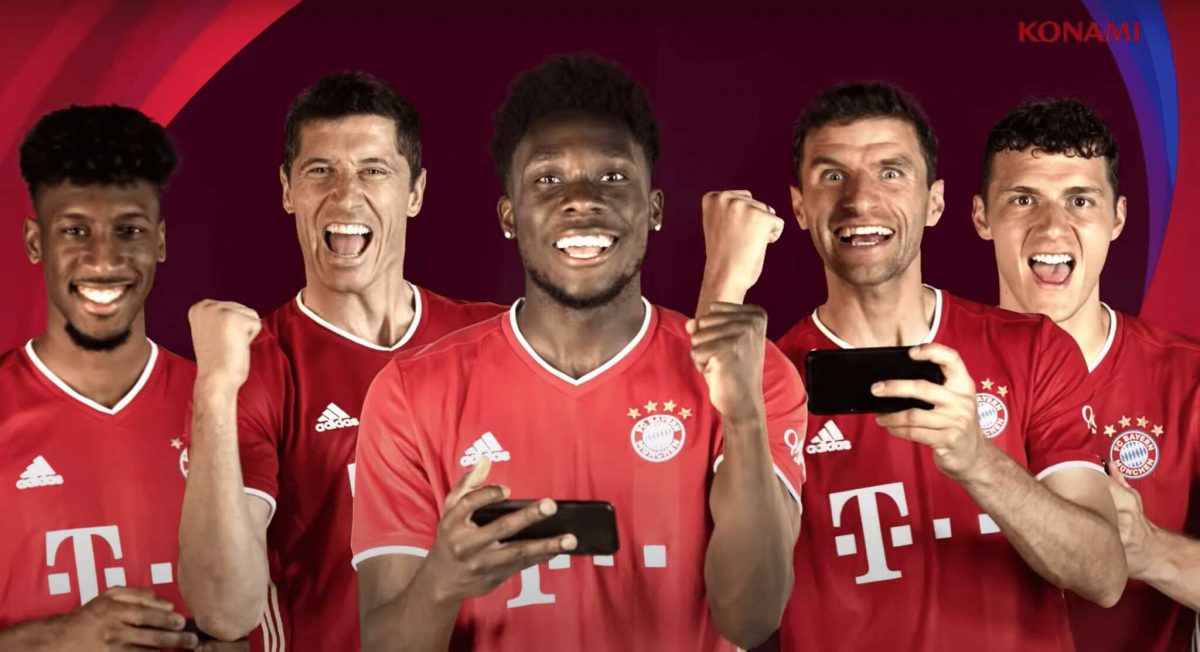 PES Mobile – a brilliant way to enjoy PES on the move, and even at home. At times, turning on the console or PC is a hassle, and you are just looking for a quick game while resting on your sofa or bed.

Fire up the free app and you are good to go.

This tutorial to tell you all you need to know about PES Mobile.

PES Mobile is offered for free. Why? Because there is only 1 game mode, myClub. It is a freemium offering which draws in a large pool of gamers, in the hopes that a small percentage will spend enough on in-game currency to turn a profit.

Well, it is working well for many companies, Konami included.

Upon starting the app, you will be prompted to complete the game tutorial. The app will guide you through the controls for passing, shooting, set pieces etc.

If you have not played PES, FIFA, or any other football video games on the mobile before, it will get some getting used to.

The number of buttons is decreased. You need to perform special actions (e.g drag and swipe) to access special button commands. The controller (your phone) is now much smaller and prolonged period of play will lead to muscle aches. Though if you are an avid mobile gamer, you can get a mobile gaming controller instead of using the touch screen commands.

Adjust the buttons and control settings to something that suits you.

Decide on your badge, team name, and jersey design. This is for cosmetic purpose. Regardless of the team you choose, you will be allocated a set of default players. Their stats range between 60-70.

They are your base players. Use them to start games until you acquire enough real players to replace them all.

It will take quite a while if you do not intend to spend any money on in-game currency. This is actually doable. You will just require time, and a lot of patience. Many PES Mobile players do not spend, and still have an enjoyable time with the game year after year.

The game in run by GP and Coins. You will need them to sign players and purchase consumables. You will receive mainly GP and a small amount of coins just for playing through the game. Win games and competitions, and you will receive more.

Wish to progress faster in the game? Spend real cash to buy Coins and use them on your preferred in-game items.

Farming GP and coins is required to do the things you want in the game.

Look to complete objectives such as joining tournaments, trying out new tactics, scoring a hat trick, getting a clean sheet etc.

There is also daily login bonus for the first week or two. Link your Konami ID to get extra coins if you have played PES Mobile in previous years.

Unlike kick off matches, myClub restricts you in the formation and attacking / defending instructions you can use. These will depend on the manager you hire. This can be quite frustrating for new players who are used to customizing their teams to their style.

You will be given 4 choices when starting the game. Choose one that fits your style of play. As you progress in the game, you can hire other managers.

When possible, opt for a formation with AMF instead of CMF. CMF are often static, while AMF are more aggressive and will push forward to support your attacks.

In a game mode when you cannot adjust the formation to add more attackers, this will come in handy.

There is no transfer fee involved. Rather, new players are signed through Agents and Scouts.

When using Agents, it is essentially a lottery system where you will get a player from the list of targets that the particular agent has.

Every week, there will be different top agents which give you access to different players. Featured players can only be signed using Coins, so be sure to conserve your coins, and use GP for other purposes whenever possible.

You will get scouts after every match. You can also join the auction house to bid for specific scouts that you are looking for.

Each scout has a speciality in a particular area. For example, Scout A focuses on RMF. Scout B unlocks Argentinan players. Scout 5 gets you players from FC Barcelona.

Each scout also has a star rating, from 1 to 5, that will determine the quality and rating of the player you can get.

You will need to combine different scouts to get the player you are looking for.

Combine 5 star Scouts A, B, and C, and you will be able to sign Messi.

Obviously, it is not so easy. Most scout cards that you get will not be what you are looking for. You will need to join the bidding process in the auction house.

I recall that this system was very confusing to me when I first got started in this game mode. I didn’t really like it. I assume it will be the same for you too.

Unfortunately, if you wish to test your skills online in this game mode, it will be something you have to get used to.

Not planning to use a particular player that you have signed? You can release them for GP. It won’t be much, but every bit counts, and it makes your squad list less cluttered.

Each player has a maintenance cost. Each manager has a different amount of total cost. If your manager is inexperienced, having a team of superstar will have a total cost that exceed the limit. This will negatively impact your Team Spirit rating, which makes your players play badly on the pitch.

Each manager has a style of play. So does each player. The closer the match in playing style between your players and your manager, the higher your team spirit.

Team spirit is a key factor in winning a game, probably more so than your skills and the ratings of your player.

Your players will gradually learn the style of your manager, and team spirit will improve over time.

Like an RPG, players get experience points after every match, and will level up, which increases their rating.

If you have players who you do not play to use, convert them into trainers, and use them on your other players to boost the selected players’ ratings.

The closer the match between trainer and player, the greater the boost.

Probably one of the main draws of the game.

Get a chance to use Giggs, Totti, Ronaldinho, Del Piero etc in the game.

There are various game modes to keep you busy.

The mainstream mode is to get to the top of your division, and win promotion to the next division. Games won or drawn will earn you points to climb the table.

There are also SIM games where you do not have control over the players, just the tactics and advanced instructions. I personally am not a fan of this, because there is nothing much I can do about the formation and tactics. I also have to watch the entire match, which isn’t fun if I am not controlling the players.

PES Mobile is not for everyone. Most PES players I know still prefer a kick-off match with their favourite team, rather than farm for GPs and collect player cards. That said, it is a free game mode to have a quick kick-about with someone over the internet. If you decide to give this game a go, I hope that you have found this guide useful.