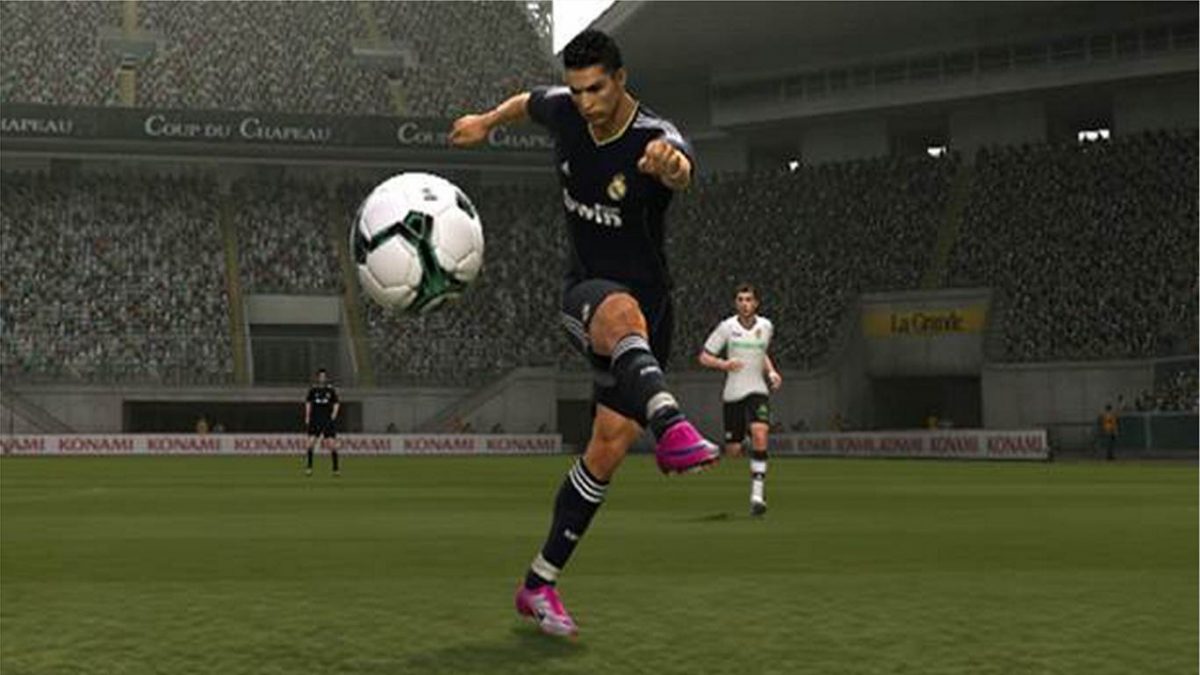 The knuckleshot is an awesome shot, and definitely a skill you have to master. It is fast, it is powerful, it is unpredictable, it is hard for any goal keeper to keep out of the net. Even if the goal keepers manage to get a touch to it, they are unable to hold on to it. This allows strikers in the box to pounce on the rebound and score an easy goal.

A knuckleshot is a great way to score, but it might be quite a challenge to pull off the shot. In this post, I shall offer a few tricks, which I hope to smoothen your learning curve.

It does not matter which PES version you are playing, as the way to execute it remains the same.

To execute a knuckleshot in PES,

The timing for the second step is crucial. Too early a tap will send the ball sky high, while any delay makes no difference to the shot. So when do we tap the shoot button the second time?

This is the moment. Tap shoot the moment when your player swings his leg back to strike the ball. The technique and timing is similar, for both set pieces and open play.

This may get some getting used to, but once you get the hang of it, you will be tempted to take a knuckleshot from way out at any opportunity!

A point to note is that not every player in the game has the ability to pull off a knuckleshot. If you have been practising with one player and it is just not paying off, move on to the next. A recommended way to begin training will be to start off with Cristiano Ronaldo. After you have more or less grasped the timing, you can move on to try this out with players in your team. Established strikers in the game may not execute it no matter how hard you try, while some generated young players in the Master League can pull this off, thus you may want to give everyone a chance.

So how do you know if you are doing it right? Simply, a normal shot spins, while a knuckleshot does not. Do check out your replay after every shot and adjust your timing according.

Something to note is that personally I find it easier to execute a knuckleshot during a free kick, as opposed to open play. If you are attempting this shot in open play, it is also worthwhile to note that knuckleshot can only be executed from long distance. I would estimate it to be beyond 30m from goal. If we were to divide a soccer field into 4 quarters, with our penalty box being the first quarter and the opponent’s penalty box being the fourth quarter, we should only attempt knuckleshot in the third quarter. Once we enter the fourth quarter, it may be hard for a knuckleshot to be executed.

And here is a PES video showing a demonstration, and a knuckleshot goal.