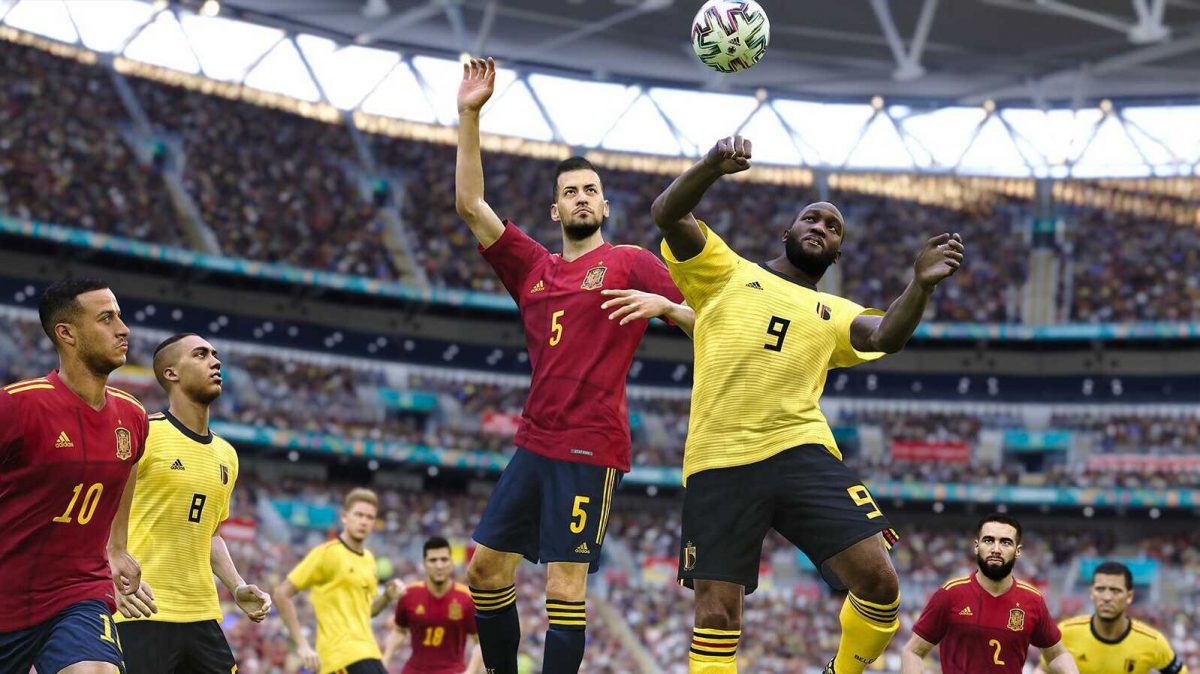 There is little debate that scripting, or momentum, exists in PES. I am sure you will have felt in one time or another.

Check out any PES forum and there will be plenty of discussion (and a couple of rants) about it.

Some feel there is a need for script, as it is impossible to create a realistic game with 21 AI controlled players. Others argue that older PES versions worked fine without it, or perhaps without it being too obvious.

Based on my experience, scripting occurs at certain points in the game. For a period of 10 in-game minutes, your players will play like a 5 star team. A while later, they will trip over themselves and collide with one another.

I believe that, if the script wants you to score or concede a goal during that period of time, there is little you can do to stop it. The ball, and your players, will work together to ensure that the flight of the ball ends up behind the intended goal line.

That said, I feel that there are things you can do to prevent the script from going all out against you.

The script does not come suddenly. The game swings gradually. You can feel if you are on the ascendency or decline.

If it is the former, great. Continue what you are doing.

If you feel that you are on the decline i.e when your players start behaving weirdly, try some of the following to overcome the scripting effect.

Pushing your team’s mentality from normal to attacking will increase the aggressiveness of your players. They will make more forward runs, and win more 50/50 balls. Some players may lament about this, but if this is how the game is programmed, make full use of it. Push the mentality all the way up if you need to.

Even if you are bringing out a player with weaker ratings, or with poor condition arrow, it will still help your team play better. I believe this is Konami’s way to making the game realistic, by giving the substitute player a boost. Choose to bring on a player with the ‘super sub’ trait if possible. Use all substitution options available to you. Fatigue is realistic – most of your midfielders, wingers, and full backs will be out of energy by the 70 – 80 minute. Bring on fresh players in these positions help your team stay competitive.

The script seems to favour teams which are attacking, which are stringing together passes well. Trick the system into thinking that is you, by taking shots towards the opponent’s goal. You don’t have to score. You don’t even have to hit the target. Just shoot, and let the game restart with a goal kick.

When the script is against you, you will find that you are constantly under pressure, and have little time to put passes together. Taking long shots help relieve the pressure. When you are chasing a goal or two, there will also be the mindset that your current possession is important, and you should not waste it with a pointless long shot. While this is valid, I find that when the script is against me, there will little chance that I can get close to goal for a proper chance to score. Taking long shots and waiting for the script to swing things back to neutral will be a better option.

Keep Possession at the Back

Maintain possession to wait out the effect of the script. Keeping the ball and passing it around will also make the system think that you are in control of the game, and gradually the game will swing in your favour.

This is risky, as opponents adopting an attacking mentality with Gegenpress advanced instructions will leave you no time with the ball, so adjust this tactic depending on your opponent’s playing style.

It is likely that the script is going against you as your team set up is not ideal. Your formation and attacking / defending instructions are nullified and exploited by your opponent’s set up, and the script is responding in a way to make it easier for your opponent to win, which in a real life game will be the case.

Make some adjustments based on how you sense the game is playing out. If your opponent is playing chipped through passes, try Deep Defensive Line advanced instructions. If your opponent is spreading the ball out wide, reduce the compactness of your team. If you are not having luck attacking down the flanks, stick to a center attacking area. If 4-3-3 is not working, try 4-1-2-1-2 which has an emphasis towards attacking down the center.

Try some of these changes. It may not make sense logically all the time, but it is a game. We won’t know what is in those codes. Make a change based on your best guess, monitor the impact, and adjust accordingly.

None of these have been proven to work by Konami. These are just tactics I have found to work well in my years of playing the game. I hope they help you in some matches as well.