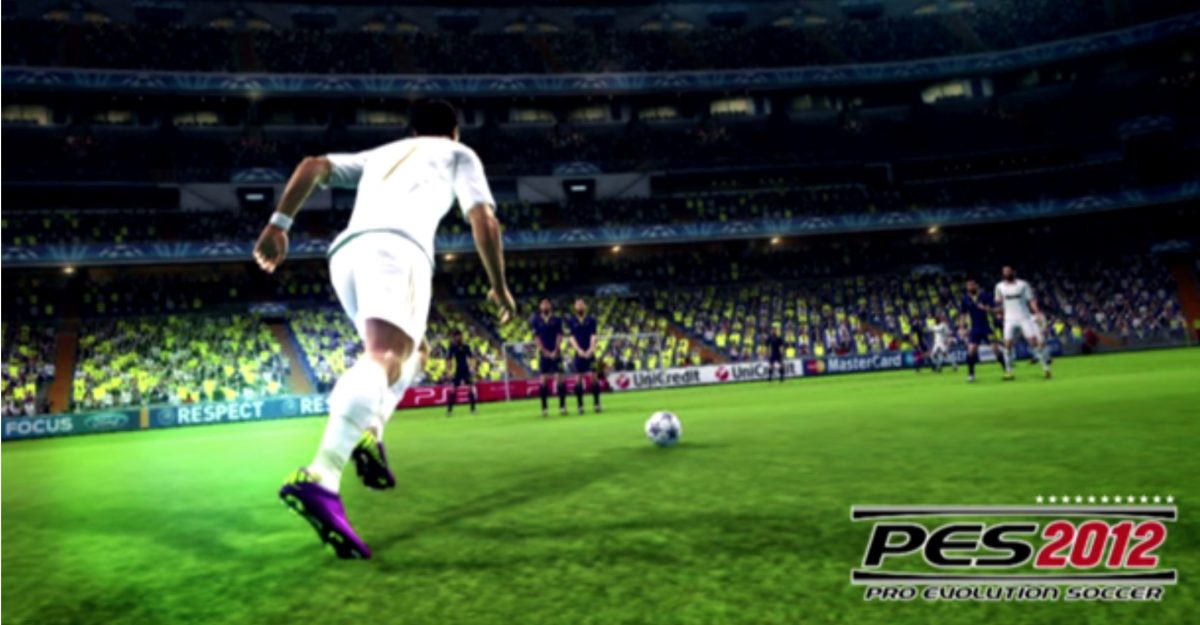 PES 2012 is coming soon! In the meantime, we have not one, but two versions of PES 2012 demo to pass our time. Please allow me to share my thoughts on these two versions.

In the first version (DEMO1), you get to play with Man U, AC Milan, FC Porto, Napoli, Penarol and Santos FC. The new version (DEMO2) enables you to control Tottenham, Bayern Munich, Inter Milan, Rangers, Club America and Internacional. Definitely a wide choice of teams for us PES fans.

A new version of PES gameplay, not sure if it is for the better or the worse. Initially will need some getting used to, no doubt about that. DEMO1 seems harder than DEMO2 for some reason, at least in my opinion. However, the new gameplay seems to allow more dribbling once you get the hang of it. It helps if your players are good too (I scored two solo goals with Rooney). Other than that, I find the new system pretty challenging. AI seem to get better in the second half, meaning that you may be able to score in the first half, but once you concede a goal, usually in the second half, they will go on a rampage and slaughter your team if you are not careful.

PES 2012 seemed to be adopting the FIFA ‘Player Run’ system. Tilt your right analog stick in your teammates’ direction and press it, and the teammate will make a run forward. Apparently, you can also move your right analog stick to control your teammates’ move, though that will need some practice as well. The old system of pressing L1 + Pass, and Pass + R2, to make player runs, still works too. However, with the new player run system, I am not sure if it will affect the natural runs made by the AI in your team.

More off the ball movement

The right analog stick also allows you to control your teammate during set pieces. You can now move your teammates around during a deadball situation, and press the lob button for the taker to send in the ball towards the player you control. This is also a little similar to the FIFA system used a few years ago. Not sure what KONAMI is up to. Hmm. Of course, the traditional system is still kept intact, and you can rotate between these two styles by flicking your right analog stick at the set piece taker, or your teammates.

Similar free kick techniques in PES 2011 still applies to PES 2012, although the percentage of goals have decreased. I guess the AI of the keeper has increased (only for set pieces though). I managed to score a few free kicks myself.

PES 2012 goalkeepers, especially in our teams, might give us a hard time. AI of keepers in open play seemed to have decreased drastically. Perhaps to mimic the real world blunders, keepers tend to spill easy shots directly into an opponents path. This happens often for most of the teams, at least in DEMO1. DEMO2 seemed fine (so far). Hope it remains this way. Defenders seem pretty dumb too, making several mistakes at the back during pressure, such as tripping over each other and scoring own goals. Mimicing the real world? Perhaps.

On the fly gameplay strategies have decreased to a few important ones, such as CB Overlap and a few others. I guess they figured that the rest weren’t as popular so there is no point to include them anyway. Team strategy adjustments remain from 0 to 20. There are no new settings to be made, just that for certain strategies that you choose, your numerical settings will have a range. These ranges probably serve as a guide for you, and you can also remove the limits by choosing the ‘Standard’ strategy.

Ratings of players are now broken down into more categories, giving managers more areas to consider before fielding a player or making a signing. Building a fast team on a budget? You may want to focus on purchasing players with high ratings in Speed.

Thus far, the demo looks promising. Player run, if mastered, provides the potential for us players to execute some really slick attacking moves. The promotional video in DEMO2 also promises interesting Coach Mode and Club Boss mode, not sure whats the difference though, but we will find out real soon. Do share your comments on the demos if you have tried them out!