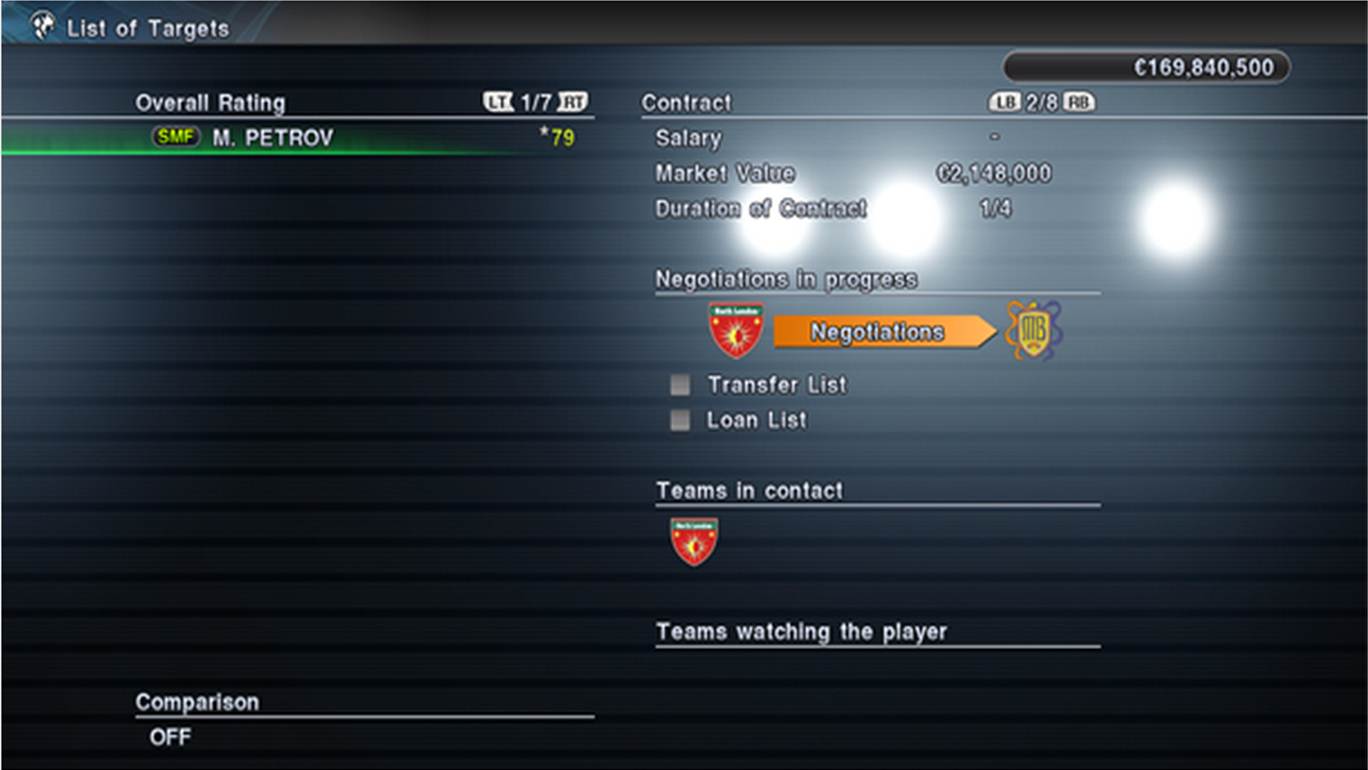 PES 2011 seemed to be lacking a measure of magnitude in terms of transfer fees, or so I thought, until I did a research online and found complains of exorbitant. Perhaps the sky-high fees occured in Master League online? Hmm.

Depending on your level of scout and the prestige of your club, you may find difficulty in purchase certain players. A good strategy will be first, to look for transfer listen players. These players can be easily bought for a price lower than their market value. For non-listed players, I will suggest targeting those who are nearing their end of contract. I managed to purchase Xavi and Ibrahimovic for a price and salary slightly lower than their market value, made possible as they are in their last year of their contract. I guess this mirrors the situation in reality.

Ibrahimovic is considered one of my record signing. He came with a high fee and a rating of 97. However, I find that when he is in the team, the team tends to play poorer. Passes are going astray. and my attacking play are not as smooth as before. Things only improved when I sub him out of the game. Again, I find that this mirrors the reality of football, as can be seen in the case of Shevchenko and Torres in Chelsea, when superstars take time to adapt to their new team. Of course, this will not be the case all the time. I did purchases Diego Forlan to PSG and he became a consistent performer straight away.